How the people we sit near influences the way we feel about our workplace and how engaged we might be. Part five in a six-part series on mindfulness in the workplace. 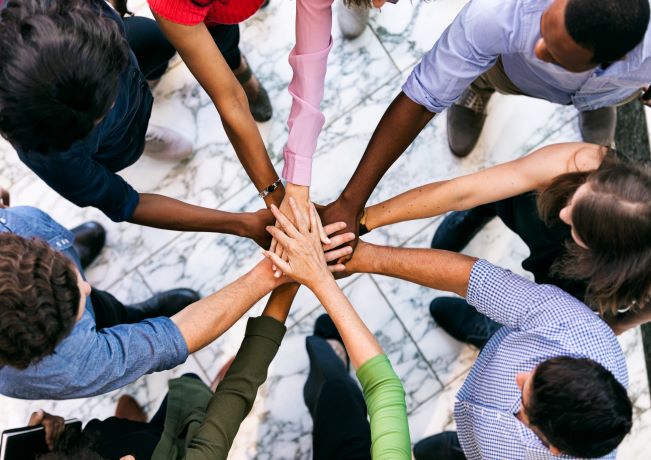 Image: seanlockephotography - stock.adobe.com
Attitude is often cited as playing a major role within workplace engagement, with people influencing people assumed as a truism — as entrepreneur and motivational speaker Jim Rohn once noted, “we are the average of the five people we spend the most time with.” And in their work, longevity researcher Dan Buettner and the Blue Zones project team identified nine specific characteristics of places where people live longer. “Choosing the right tribe,” which means surrounding yourself with people who support positive behaviors, is on that list.
It is important not to overlook the fact that not everyone experiences and or seeks the same intellectual, emotional, or spiritual feedback from their social engagements and interactions. This is often particularly the case with some neurological conditions where social interaction is avoided. For example, not attending work social events or not joining in with the office banter is more likely a reflection of this causing discomfort and anxiety for the individual as opposed to just having a bad attitude — which is often the assumption of ill-informed colleagues.
It stands to reason that the people we sit near influence the way we feel about our workplace. Research shows that individuals are more loyal to the people they work with than the company for which they work. In a study, Harvard Business Review noted the significant role that friendships have on our level of satisfaction and engagement at work. It revealed that, “…camaraderie promotes a group loyalty that results in a shared commitment to and discipline toward the work. Camaraderie at work can create ‘esprit de corps,’ which includes mutual respect, sense of identity and admiration to push for hard work and outcomes.” And ever in a world where we have all “seen” more of our colleagues virtually via Zoom and Skype then we typically do while working in the office, many people are longing for the casual interaction and exchanges that only happen when you connect in person.
Experiments within various workspaces have revealed that once employees are assigned a space, they tend to lay down roots. This reduces their mobility within the office while making them even more vulnerable to not being in a supportive environment. In Europe and Australia, where activity-based work is common, work points in those environments are unassigned and employees are free to move around to various spaces to match their work setting to a variety of workstyles. Because they're not assigned a permanent spot, they can self-select their neighbors. In the era of COVID-19, this is more important now than ever, as long as the appropriate cleaning protocols are in place to support it.
Having options and choices where to sit and by whom is key, but we must also consider that some people need routine and may elect to sit in the same spot every day. That is, and should be, one of the options to ensure we are designing spaces that address the needs of everyone. For example, someone with neurodiversity may choose to wear their noise-cancelling headphones at all times, avoid eye contact, always decline social engagements, and sit at the same desk every day. These can all be things which are positively discouraged in the workplace yet be the very things that make that individual more productive and promote their well-being.
Giving people choices as to where they sit is key to creating spaces where everybody can find the right fit. Having the opportunity to sit where, and with whom they are best-suited will significantly increase satisfaction and impact engagement and productivity.