This is one of the only ways businesses are going to be able to even consider a return to the office. 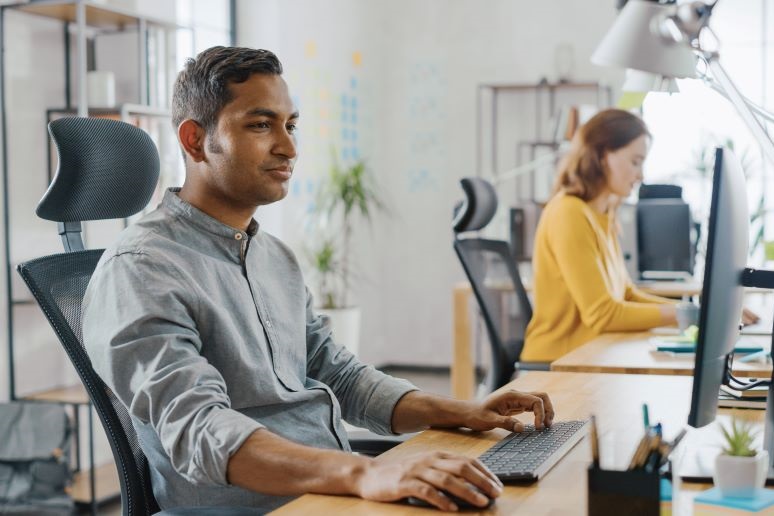 Image: Gorodenkoff - stock.adobe.com
When the pandemic was in its earliest days and people began describing what a relaxation of the lockdown orders might look like, I was pretty skeptical that I’d ever participate in the experiences being depicted. The last thing I could imagine enjoying was a restaurant visit where the server wore a surgical mask and the place was half-empty, and where I’d worn a mask into and out of the place. It just seemed like such a highly regulated, fraught version of an experience that was supposed to be relaxing and fun, in a context where the risk appeared to vastly outweigh the highly-diminished reward. I’d rather stay home, I thought.
Four months later, I still wasn’t going to restaurants, but we were preparing to drive our daughter to college more than 700 miles away. My first visions were of some sort of Mad Max, hell-for-leather sprint along state turnpikes where we wouldn’t dare stop at the official “service plazas” and mix with who-knows-what travelers bearing who-knows-what viral loads.
Then reality set in. We were on a pretty tight timetable, so any thought of venturing too far off the interstate in search of drive-thru meals was abandoned. We pulled into the rest stops, masked up, broke out the hand sanitizer, and went on in. Likewise, when we reached our destination, we found that our daughter’s city had blocked off several downtown streets and set up tables for outdoor dining from the adjacent restaurants. It was fine. I’ve always loved taking road trips with my family, and this one was… fine.
The moral of the story for me was, what’s good or bad about an experience is all relative.
It looks like that’s where many employees are headed when they think about the return to the office. This blog from iOffice, which makes office management software, highlights survey data and analysis from multiple sources, all supporting the conclusion that the majority of employees do want to return to the office (rather than going all-remote), though they also want to split their time between office and remote work, to capture the work-life balance that they’ve enjoyed over the last five months.
The only way for enterprises to even consider this hybrid or blend of remote and office work is to use concepts like hot desking to optimize space utilization. The iOffice blogger concedes that, “While many employees never warmed up to the idea of hot desking, flexible office space strategies are here to stay.” I think that’s an understatement. Pre-COVID, hot desking was reviled. People expected to have their own space at the office, and they sensed their employer was trying to take something away from them without offering anything in return that the employee actually wanted. That reclaimed-wood paneling in the hip-looking café was no substitute for schlepping all your stuff to a different desk every day.
If a hybrid remote/office system is going to work, people will have to think differently about their offices — and their home workspaces. That private bubble of workspace that you used to have at the office? That’s now inside your house, which is great because it won’t take long to get there on the mornings when that’s where you plan to work. You’ll understand at a gut level that your presence at the office is a temporary phenomenon, and you won’t be so invested in carving out your own space there. Post-pandemic, post-work from home realignment, you won’t just understand the trade-off, you’ll live it, complete with its benefits.
Most people, when they understand the tradeoffs and can still get some of what they want, will look at a situation differently. Hot desking will have to be part of the collection of technologies that help enable the post-COVID office. And it’ll be fine.