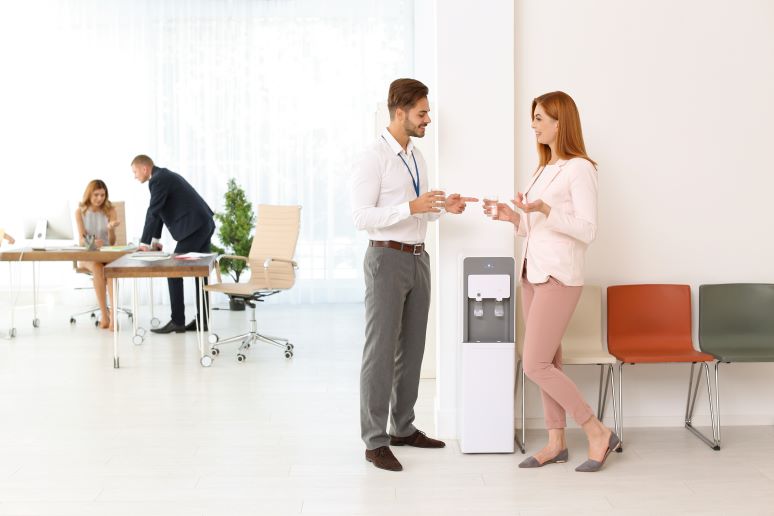 Image: New Africa - stock.adobe.com
As my colleague Eric Krapf wrote in his recent post, “Making the Case for the Office,” Amazon announced its intention to spend close to a billion-and-a-half dollars to expand office space by some 900,000 square feet in six major U.S. cities. In the process, it’ll create 3,500 new tech and corporate jobs in Dallas, Detroit, Denver, New York, Phoenix, and San Diego, according to a blog post describing the plan.
I was thinking about this story over the weekend, as I read the Sunday edition of the Chicago Tribune. This headline caught my eye: “In this new WFH world, the magic of in-person networking more at risk.” The subhead drew me further in and prompted the reminder about Eric’s post: “City tech hubs struggle to replace the random business collision.” You see, some of Amazon’s expansion is targeted at expanding the footprint, and employee counts, at three of its Tech Hubs. Amazon’s development-focused Tech Hubs support various business operations, and the latest investments are for existing facilities in Dallas, Denver, and Phoenix.
The Trib article shared a great story about how a chance encounter between a guy working at a venture capital firm and an app developer team toiling away after hours at an independent Chicago tech hub ultimately — and serendipitously — led to a $100,000 investment. While startup tech incubators like the one described in this story are a far cry from a Tech Hub supported by a company with the means of Amazon, the goals are similar: innovation, development, collaboration, networking.
Much of this stuff, as we’ve learned over the past few months, can be brought online, though arguably not as effectively as in a physical setting. As the Trib article pointed out, virtual environments aren’t so great at serving up the “random collision” that’s often the source of ideas — or investment, as the case in this story — within a tech hub. “The casual run-ins that occur at incubators as entrepreneurs stand in line for coffee or pass one another in a hallway can lead to connections, funding and inspiration. Long-term loss of that ethos could stymie Chicago’s tech startup scene,” as Ally Marotti, Trib business reporter, wrote.
Betsy Ziegler, the CEO of 1871, the tech incubator profiled in the Trib piece, told Marotti that her firm hasn’t yet figured out how to create a chance collision — “the piece that really is [the] core of the magic” — online. Brad Henderson, CEO of P33, a nonprofit working to rev up Chicago’s tech economy, said much the same about innovation suffering as a result of the shuttered tech hubs. “You cannot create a viable business in your basement,” he told Marotti. “So much of it is the surprise that comes from being in a space, grabbing a cup of coffee.”
All of this can be said of regular old offices, as well — or, rather, modern-day offices supported by forward-thinking companies looking to engender collaborative cultures. Here in the Chicago area, these are places like the headquarters built in recent years by companies like McDonald’s and Zurich Insurance — facilities rich in spaces that might spark the next greatest inspired business idea.
Unfortunately, the pre-pandemic trend of facilitating quick chats and brainstorming sessions in communal gathering spaces and collaboration spots has disappeared as quickly as a skid of toilet paper at Costco. For now, such trends have little place in a business environment that’s hyper focused on health and safety. But let’s take heart in moves like Amazon’s six-city commitment for space expansion — amid all the news about permanent work-from-home strategies and office closures, there is some recognition that the virtual experience can’t replace the ethos that comes with in-person collaborative environments.

Finding the Right Metaphor for the Metaverse

Companies like Spot are working toward inventing the metaphors that will explain the value of the metaverse to the new world of work.