How Pervasive Video Could Change Collaboration

Video conferencing might be the new norm, but the always-on video environment can create collaboration opportunities and challenges. 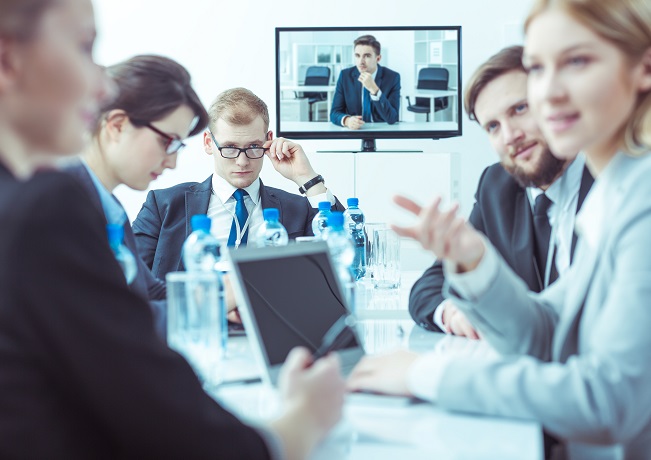 Image: Andrey Popov - stock.adobe.com
In a recent newsletter for our sister brand, Enterprise Connect, I explored some of the ways in which the potential ubiquity of video in the enterprise could change life for the IT/AV teams that support video systems. In that piece, I touched on a few possibly unexpected ways that pervasive video might affect things for everyone in the enterprise.
Specifically, as video becomes not just more widely deployed, but potentially more broadly accessed and mined as a content source, it will almost surely be routinely included in legal discovery and regulatory processes. For IT, the logistical impact is that all of this content will have to be archived and accessible. For the rest of the workforce, it’ll be an even bigger issue.
As it is already, just about everyone is concerned about the growing use of video cameras throughout our public spaces. And while a place of employment may not be a public space, the overall privacy challenge is a major issue. Employees have expressed concerns about their employers’ ability to use both video and IoT-type facility data to gain a new level of knowledge about a worker’s habits, activities, and movements throughout the day. I’ve written before about how genuinely useful such data can be — if employee privacy is properly protected.
With cameras in the workplace, there’s what you might call passive video—the employee hasn’t chosen to take part in a video meeting; they’ve simply been present in a space where video is being recorded. Then there’s the scenario when the person chooses to be part of a videoconference.
In the case of videoconferencing, will user consent be treated the same as it is for passive video? Communications systems have a mixed history: Most enterprises (except for call centers) don’t routinely record all calls on the telephone system, but they do archive all emails, IMs, and similar messages. By now I think (hope?) most employees know their employers can and possibly do read their emails. But people tend to be much more sensitive about their image and voice than about their written words. I think at least some of the difference is asynchronous versus synchronous communications, and the element of spontaneity: You have an opportunity to edit an email and even an IM before sending it, so there’s a higher level of intentionality. What pops out of your mouth, or your facial reactions, are a lot harder to edit.
Presumably there will have to be some kind of affirmative user consent for recording included with videoconferencing systems, maybe when the employee OKs the terms of use for the application, or maybe in the employee handbook. The bigger question is: Will people avoid video completely because they don’t want to be recorded? That’s what people do now when a matter is sensitive and ambiguous. They say, “Let me give you a call.”
In the end, I doubt that these sorts of concerns will seriously reduce the amount of video conferencing use. Most meetings just aren’t that sensitive or important or contentious. The challenge will be, for example, meetings that start out agreeable but go sideways, or meetings where there aren’t scary legal issues looming, but where nevertheless, personalities clash.
Nowadays, given that meetings generally aren’t recorded and transcribed, our differing memories can produce disputes about what was actually said, promised, etc. But I’m not sure that being able to refer back to a transcript or replay a file will necessarily make things better. It’ll just give us something concrete to argue over, and winning that kind of argument is often a pyrrhic victory.
The bottom line is that we always knew that pervasive video in the enterprise would change the way we collaborate. I think we’re going to wind up seeing a lot of changes and complications that we’re just starting to be able to imagine.

AR’s Ascension as a Collaboration Tool

Part two of this two-part series looks at augmented reality and why it may be a more critical business application than virtual reality.

Human connection, communication, and interaction play a big part in who we are and how satisfied we are at work.

The third installment in this ongoing video series dives into effective meeting best practices and tools to improve the meeting experience.