… and is that a good thing or a bad thing? 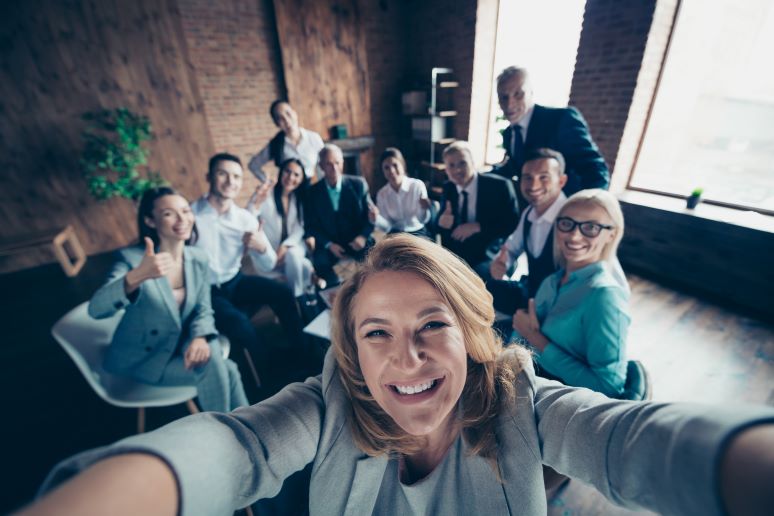 Image: deagreez - stock.adobe.com
Here’s a bit of bright and shiny news coming from today’s crazy world of work from home (WFH): Corporate culture seems to be surviving relatively intact.
In a nutshell, that’s the finding from a new study from publisher Quartz and employee experience management firm Qualtrics. For the study, the duo surveyed 2,100 adult workers in 11 countries, including Canada and the U.S as well as a handful in Asia-Pac and Europe. Among the respondents, 37% reported that their workplace culture had improved since the pandemic’s onset, with fewer than half of that (15%) saying culture hit the skids. The remaining 48% indicated that they saw little change in company culture, as Quartz reported in this post on the study.
So if we’re not able to munch on handfuls of M&Ms snatched in quick passes through the company kitchen or grab a peaceful moment of contemplation in an office greenspace, what is it about company culture that persists across this space and time? Quartz/Qualtrics doesn’t purport to have the answers, in that the study delivered quantitative, not qualitative, results. But, several indicators point to why people might see cultural improvement, they said. We’ve heard these all before, so no real surprises here: increased productivity (more, but shorter meetings); improved corporate communications, leading employees to feel more connected; greater flexibility in the workday based on an individual’s home circumstances; and more “intimacy” — i.e., pets and kids appearing on video calls, neatness or messiness of the at-home “office,” outgrown hair-dos, and other previously unknown insight to coworkers’ personal lives that, theoretically, engender empathy.
Worth noting, too, is that the gender divide that typifies many workplaces came home with COVID-19. As Quartz/Qualtrics reported: Men were about 40% more likely than women to signal a cultural improvement during the crisis, and more than half of the male respondents — compared to 28% of female workers — said they felt more connected to their companies since the pandemic hit. Likewise, men were more likely to note increases in loyalty and support at their companies these days, Quartz/Qualtrics found.
Again, Quartz/Qualtrics could only theorize on the skewed results. But based on other studies, it’s fair to say that the burden of care for children and other household members tends to fall more often on women than men. This means they’re more likely to be “more tired, less able to work efficiently, and more torn between conflicting loyalties — and their mental health is suffering as a result,” the report noted. While this might not be reflective of corporate culture, per se, it is the result of persisting cultural norm, to be sure.
Regardless of how workers perceive company culture WFH-style, here’s the thing: A company can’t just spin up culture out of the ether.
We came to life here at WorkSpace Connect around the idea that building a connected, collaborative workplace requires a disciplined, cross-departmental strategy. You don’t get to a culture of collaboration by wishful thinking. You must merge thoughtful HR programs meant to encourage employee engagement with the technology that facilitates collaborative work in spaces that support such technology as well as foster positive, mindful experiences for employees. As Quartz/Qualtrics found, people were more likely to report a cultural improvement during this crisis if they gave culture a positive rating to start with, pre-pandemic. And conversely, workers who gave their company culture a thumbs-down pre-pandemic were more likely to report a decline in culture during this crisis, they reported.
In its write-up, Quartz left readers with the idea that while none of this is “rocket science,” it is a “useful lesson for companies as to why avoiding toxicity and sponsoring values like fairness and kindness are worthwhile.” I couldn’t agree more.

HR Technology: Set the Tone for Your Employee Experience

HR tools can improve the human experience, while self-service is increasingly becoming the preferred choice to enhance user and employee experience.

Personas/profiles, and formal adoption plans, among other things, are the most successful companies have included in their initiatives.

Out With The Old-Fashioned Leadership Skills: In With the New

Employees are the most valuable asset to a company—and you must possess the following skills to alter or retain your top talent.