Google offers its full-time employees working from home a supply of high-end instant Covid-19 tests. Meanwhile, the contract workers still coming into offices have to wait longer for results. 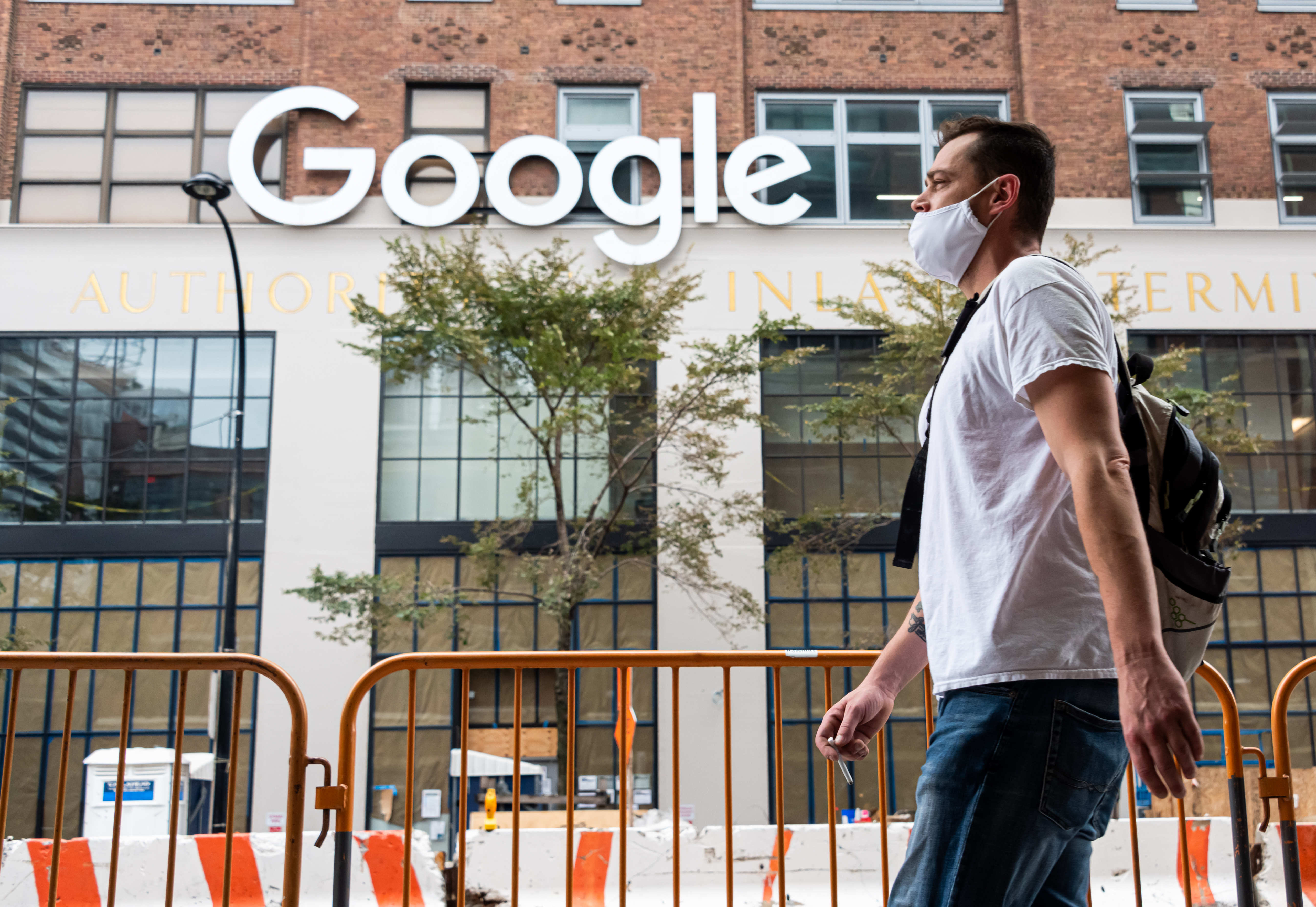 The Alphabet Inc. company allows U.S. full-time employees and their dependents to request Covid-19 tests from Cue Health Inc., which provide results at home within a few minutes, according to a document reviewed by Bloomberg. Contract workers who must report in-person to Google’s offices receive PCR tests by BioIQ that they can prepare and mail into a lab, according to a document that the Alphabet Workers Union tweeted Tuesday.

Convenient access to high-quality Covid-19 testing has become a marker of social inequities in the U.S. Amid a surge of virus cases due to the spread of the omicron variant, lines for tests have grown long across the country, while supplies of at-home tests have winnowed and prices for them have ballooned on the secondary market. Test access has grown so tenuous that U.S. President Joseph Biden on Monday required insurance companies to cover the cost of at-home tests, and has said the government will soon make 500 million tests available for free.

Google’s direct employees have long enjoyed perks that the company’s vendors, temporary and contract workers, who number as many or more than direct staff, go without. Contractors, for instance, are not able to request an extra computer monitor through Google’s intranet and don’t receive Alphabet stock as part of their compensation. In the U.S., that divide now extends to their health.

“We have many at-home and in-person viral testing options available free to our employees and members of our extended workforce, including temps and vendors,” a Google spokesperson said in a statement. The company said by providing tests, it was alleviating the current pressure on public testing resources.

Google sends employees a Cue device and 10 rapid, at-home molecular tests, which costs $949 for consumers and are generally considered more accurate than an antigen test, as they can detect small amounts of genetic material of the virus instead of hunting for specific proteins on the virus’s surface. Full-time staff who are not required to be on campus can request up to 20 additional Cue tests per month for themselves and their dependents ages 2 and older through an internal portal, according to one of the people. Such employees are allowed to work from home indefinitely.

Those who work at select U.S. data centers, which includes contract and temporary workers, receive access to $75 Lucira Check It single-use rapid tests, according to a document reviewed by Bloomberg. Google said they also receive access to Cue readers on-site, but not at home. All workers, including contractors, have access to in-person testing when they are at major offices in the San Francisco Bay Area, New York and Seattle, according to two people familiar with the situation, who asked not to be identified discussing internal policies.

Ashok Chandwaney, a Google software engineer who is a member of the Alphabet Workers Union’s executive committee, said that all Google workers deserve the same treatment for the work they do.

“Google’s disparate response to protecting its workers and their communities is egregious, yet unsurprising,” Chandwaney said in a statement. “Google relies on a two-tiered workforce to deny the near majority of their workers the pay, benefits and rights they deserve in order to pad the pockets of a handful of executives and investors.”

4 Characteristics to Include In Your DEI Initiative

But if the economy gets really bad, the ax will fall on this technology area first.

What Your Employees Want: Workplaces Where They’re People First

A Unily keynote outlines the ways in which digital employee experiences can help employees feel seen as people.

How to Create a Sustainable Hybrid Work Model

Research shows that employees and companies thrive on a hybrid model – so here's one company's guide to getting started.

HR Technology: Set the Tone for Your Employee Experience

HR tools can improve the human experience, while self-service is increasingly becoming the preferred choice to enhance user and employee experience.