Meetings Got You Down? Hugo Can Help

This startup offers a tool meant to reduce the number of meetings people need to attend by providing actionable notes connected to work apps. 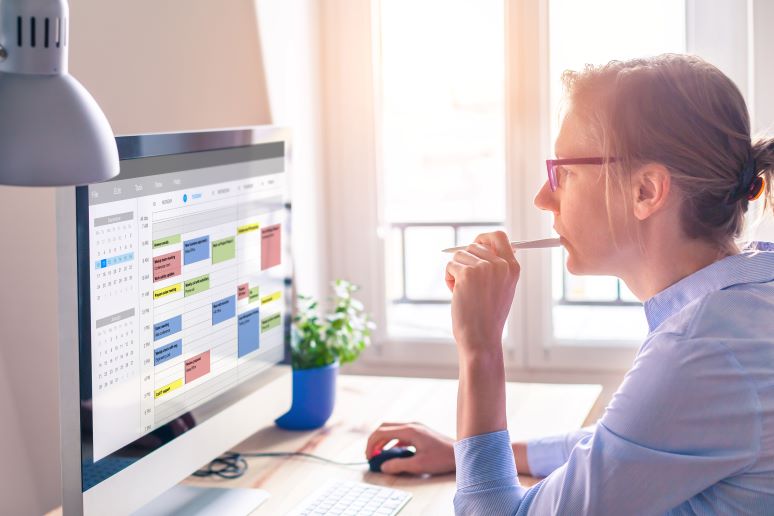 Image: NicoElNino - stock.adobe.com
Looking over my calendar for the week, I see that I have 15 meetings booked with at least three others in the works and a deliberate intent to leave my Friday a meeting-free zone. Some of my Monday-Thursday meetings are back to back to back, others separated by just a half-hour, and a few with a stretch of an hour or two between them. And this is a light week, as far as meetings go — I’m sure many readers have scoffed to themselves, “15 meetings? That’s nothing!”
With work from home, virtual meetings have overtaken the workday. On the upside, this means teams have the potential to stay in touch and “see” each other despite the physical separation. On the downside, remote meetings can suck the productivity out of the workday while providing little value in return. Perhaps that’s why Steven Rogelberg, a business professor at the University of North Carolina at Charlotte, included a chapter titled, “The Folly of the Remote Meeting,” in his 2019 book, “The Surprise Science of Meetings.”
Last year in a [email protected] podcast interview, Rogelberg had this to say about the remote meeting: “When we ask people, ‘What is the most dysfunctional meeting type?’ Everyone says, ‘remote meeting.’ Then we say to them, ‘What meeting type do you most prefer?’ They say, ‘remote meeting,’ because they can just blend into the background and multitask.”
With meetings being such a pain point, little wonder that fixing them has become the mission of so many tech companies, from the biggest of the big providers like Google, Microsoft, and, more recently, Zoom, to entrepreneurs looking to make a name for themselves by making meetings more efficient. Hugo, which offers meeting notes software, is an example of the latter.
Hugo came to being two years ago as a way to address problems that co-founders found in their own meeting experiences. I chatted recently with one of those co-founders, COO Darren Chait, who said he suffered through many a fruitless meeting in his former role as a corporate lawyer. Whether in-person or virtual, meetings today are very much the same as they’ve always been, he said: Everybody has to be in the same “room” and take their own notes; value dissipates as people drop out; action items often fall through the cracks, and innovation in workflow is lacking.
Initially, Chait said he and his co-founder figured they could crack such problems with a mobile app focused on meeting preparation. Along the way, they developed a meeting notes hack to share insights internally and “literally overnight, as a business ourselves, we transformed,” he said. Chait described Hugo, which has venture backing from the Slack Fund and Google’s AI-focused investment arm, as a tool for better meetings through centralized actionable notes connected to your work apps. “We surface the insights at the right time and connect to all the other bits of software that you’re using to push all the actions and insights out to everyone else,” he said.
By “everyone else,” Chait means those people who should have a heads-up on what was said during the meeting but don’t need to sit through the meeting itself. A big problem today is that meetings have gotten “democratized,” Chait said. Modern meeting tools make scheduling and sending invites, and clicking to attend, so dang easy. For attendees, a good first step in reducing the number of meetings that fill your calendar is to ask yourself, “Do I need to go to the meeting for discussion, debate, or decision making?” And if your answer is, “None of the above; I just need to listen and learn,” then you don’t need to be in the room or on the call,” he advised.
That doesn’t mean you’re relegated to being in the dark. Rather, with a tool like Hugo, “you receive the value of the meeting afterwards, asynchronously,” Chait said.
These ideas do seem to be resonating. According to Chait, Hugo has acquired some 16,000 customers through mostly viral adoption of this free tool.