A new wave of Covid uncertainty has again put millions of U.S. workers in limbo about when — or if — they need to return to the office. 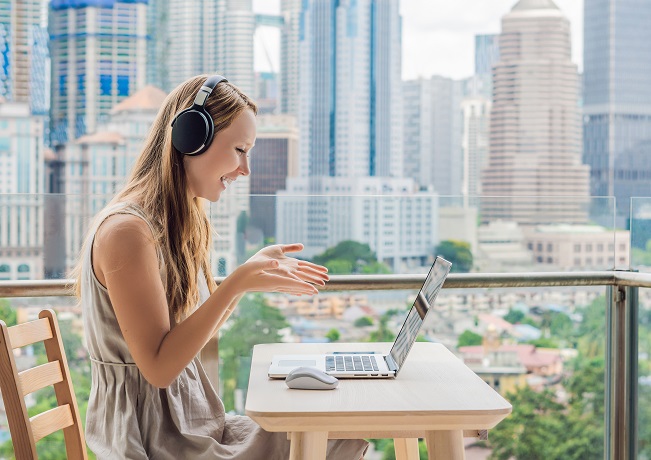 (Bloomberg) -- A new wave of Covid uncertainty has again put millions of U.S. workers in limbo about when — or if —  they need to return to the office.

Lyft Inc. employees who were supposed to be back at their desks in February now won’t be required to show up until 2023. Ford Motor Co. pushed back a January return to date to March, while Google and Uber Technologies Inc. shelved their plans indefinitely to see how the omicron variant plays out. Jefferies Financial Group Inc. this week told its staff to go back to remote work after offices had reached 60% attendance.

The latest bout of Covid whiplash means that many white-collar Americans will be approaching two full years of remote work with no certainty about how long it will last. All the while, the chasm grows between executives who want to eventually get people back at their desks and their workers’ reluctance to comply. And while post-pandemic work models are clear for companies such as Goldman Sachs Group Inc. (most people should be back in the office) and Twitter Inc. (most people can be fully remote), many other firms are still formulating a strategy.

“We coined this term ‘shybrid,’” said Paul McKinlay, vice president of communications and remote working at printing company Cimpress and its unit Vista, which both opted to go with a permanent remote-first model in August 2020. “It’s the failure of companies to accept that they have, in many cases, lost the right to demand in-person attendance at a piece of real estate on any kind of regular basis. It's about continually pushing back return dates without declaring on a future model and leaving people in this limbo.”

Almost half of human-resources leaders are looking to reduce office space as they develop future hybrid models, yet close to a quarter said they expect staff to fully return to an in-office setting, an August survey by Grant Thornton found. Only 11% of the more than 500 HR executives polled said they plan to go fully remote. At the same time, only 17% of non-executive workers want to return fully to the office and many are open to new jobs to maintain flexibility, according to a Future Forum Pulse survey of more than 10,000 workers in the U.S., Australia, France, Germany, Japan and the U.K. in late July and early August.

“There are two conflicting forces that are at play,” said Tim Glowa, Grant Thornton’s principal for human capital services. “Many times it might be a leader/CEO/president who likes to be in the office, has always kind of grown up in the office — probably still wearing suits and probably wants everyone back in the office. And there’s a huge voice from employees saying that they want more flexibility in both where or when they work.”

Deciding early and definitively has been a huge plus for Cimpress and Vista (previously Vistaprint), said McKinlay, who notes that prior to the pandemic the company was “remote averse.”  About three-quarters of new hires say they picked the printing company specifically because of its remote-work focus, he said.

The company’s Boston-area office has shrunk to about 70,000 square feet of collaborative meeting spaces and shared desks, down from the previous 300,000-square-foot traditional office layout. The same scenario is playing out among smaller offices in places such as New York, London, and Melbourne, Australia, McKinlay said. Employees who had worked from just nine U.S. states now work remotely in 30.

“I feel so sorry for team members who work for amazing brands, love their teams, and are doing work at what they consider the pinnacle of their careers, and yet they’ve got this thing hanging over their head, which is, ‘All the benefits that you gained during remote work, we’re going to take those away at some point,’” McKinlay said.

Google offers its full-time employees working from home a supply of high-end instant Covid-19 tests. Meanwhile, the contract workers still coming into offices have to wait longer for results.

Citi Confronts Vaccine Holdouts in No Jab, No Job Mandate

Citigroup Inc. was the first major Wall Street bank to impose a strict Covid-19 vaccine mandate: Get a shot or face termination. With its deadline fast approaching, the company is preparing for action.

Employee Experience: What to Watch for in 2022

With video meeting apps in such heavy usage, they make a great starting point for insights that can positively influence employee experience.

How Much Can Technology Improve Employee Experience?

No matter how great the tool at hand, employee experience can really only improve if leaders from HR and (in a hybrid setting) facilities/real estate work together with IT.

Metrigy’s analysis of what’s working at the most successful companies shows that it pays to invest in the right technologies to support at-home workers.