Collaboration technologies can be a great generational bridge for employees. 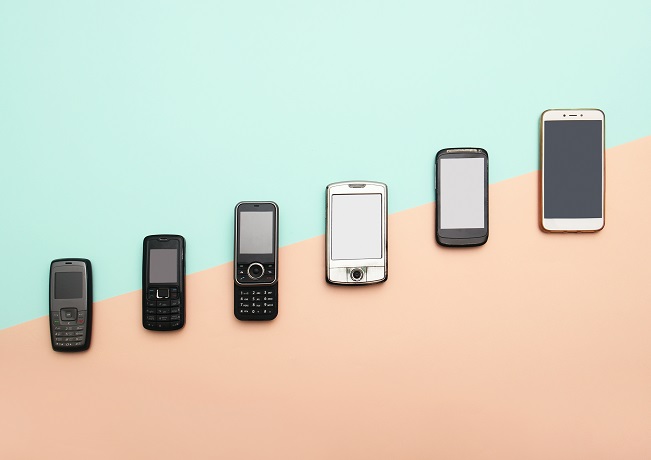 Image: luuuusa - stock.adobe.com
This article on the Harvard Business Review site has an illustration that will hit home for IT people, and really anyone who works in an office. To illustrate an article on generational differences in the workplace, HBR shows three phones: A big, clunky phone with a rotary dial, an old-school voice-centric cell phone, and a modern smartphone. The implication is clear: Old people are stuck in the Ma Bell era, while their youngest colleagues zoom past them with their fancy smartphones.
The image both establishes a stereotype about generational styles, but I think also subtly undermines those stereotypes—and that undermining of stereotypes is the article’s main point. The piece is entitled, “Generational Differences At Work Are Small. Thinking They’re Big Affects Our Behavior.”
The point is that if you look at a picture of those three generations of phones and figure that your older workers would really rather be using the rotary phone, you’re probably guilty of the kind of stereotyping that makes you believe generational differences are bigger than they really are. I don’t know any older people who miss rotary phones, do you?
Citing an analysis of almost two dozen studies, the authors conclude, “What might really matter at work are not actual differences between generations, but people’s beliefs that these differences exist. These beliefs can get in the way of how people collaborate with their colleagues, and have troubling implications for how we people are managed and trained.”
The authors, who are academics studying social and organizational issues, put much of the blame for inter-generational tension in the workplace on “meta-stereotypes.” A meta-stereotype is what a person thinks other people think of them, i.e., the stereotypes that you believe other people are applying to you. For example, the authors write: “People’s stereotypes of older workers were largely positive and included words like ‘responsible,’ ‘hard-working,’ and ‘mature.’ Yet older workers themselves worried that others might see them as ‘boring,’ ‘stubborn,’ and ‘grumpy.’” This situation affects training, mentoring, conflicts that arise, and other aspects of workers’ performance, the study found.
And yet, if anything, collaboration technology has proven it can be a great bridge among the generations. In chatting with Joe Park, Chief Digital Architect and VP of Associate Digital Experience at Walmart before his keynote at Enterprise Connect 2019, he mentioned that the company had adopted Workplace by Facebook as its collaboration tool for all employees. It did so because Walmart has five generations of people in its workforce--and from the oldest to the youngest, all have some acquaintance with Facebook in their personal lives, and feel comfortable using it.
It’s the same with those phones that illustrate this HBR article. Pew Research found that 79% of Americans aged 50-64 own a smartphone, while 17% own cellphones that aren’t smartphones. Though Pew doesn’t break the ages down further, you’d have to figure smartphone ownership skews younger in this group. So on balance, I think you can say that technology is more likely to help multiple generations collaborate than it is to be an impediment.
So whether or not you’re old enough to get the dinosaurs-of-rock reference in the headline to this piece, there’s a place for you in the collaborative workplace of today and the future. And technology and new ways of creating workspaces may not be as intimidating to your older workers as you may think

What Workplace Leaders Can Learn From the Great Resignation

Pew Research cites low pay, lack of opportunities, and disrespect at work as reasons for a high-quit rate. Here’s what else we know so far, as told by industry experts.

Women want better opportunities, more work-life balance, and higher pay. Here’s what you must do to avoid losing top talent, Deloitte advises in this Q&A.

Workers continue to register a strong preference for remote or hybrid work while the head of the Richmond Fed argues for the benefits of in-person collaboration.