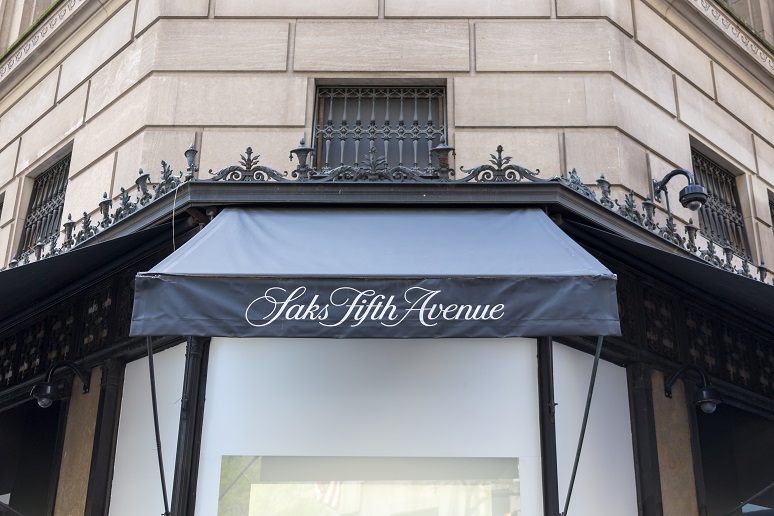 Image: mariakray - stock.adobe.com
The only real estate sector that’s been hit as hard as commercial office space during the pandemic may be bricks-and-mortar retail in general over the last several years, thanks to the rise of e-commerce. So maybe those two sectors should join forces?
That seems to be the thinking behind a recent deal between WeWork and Hudson’s Bay, owner of Saks Fifth Avenue department stores. Hudson’s Bay is building out co-working spaces called SaksWorks inside some retail stores in the New York area, and WeWork will manage them.
News of this deal reminded me of a trip to my local bank branch a few weeks back. I was closing an account, and — tell me if this is hopelessly old-school — that seemed like a big enough occasion that I needed to go inside the branch and look a real person in the eye, across a desk or at least a countertop.
The place was a ghost town. The only action was over at the drive-up window, which still had a pretty steady flow of business. The cubicles where representatives used to welcome account-openers and loan applicants were empty. So were the offices where branch managers used to hold court. In other words, there was a lot of office space sitting unused.
This is not a new dilemma for large banks. Even pre-pandemic, the move was on to convert bank branches into co-working spaces. This Forbes article even tries to coin terms like “bankaurant” and “finspa” as monikers for future possible multi-use bank branches.
But pandemic-driven remote work and the plan for post-pandemic hybrid work could actually push large banks in a different direction here. Instead of having to convert bank branches into some kind of community space, with enough amenities (and marketing dollars) to draw in random solo workers, a large national bank can simply view its branches as a Milky Way of satellite offices, already located in many of the towns where most of its workers live.
This could be a test of many of the theories currently being tossed around about the future of hybrid work. The vaunted need for team members to see each other in person could be satisfied much more easily if there were literally dozens of options for meeting places in a metro area. And home-based workers would have a convenient place to access services like printing, high-end A/V, and enterprise-grade security when they needed it for special projects.
With legislation on our national infrastructure moving through Congress, it’s appropriate to think about how we’ll interact with our physical surroundings in the decades ahead, and how we can make the piece-parts of that environment work for people — not the other way around.

How HP Used Data, Ditched Anecdotes in Returning to the Office

At CoreNet Global Summit, a real estate professional with HP explained how the company used data and cross-department collaboration to power its RTO plan.

Facilities Management at the Crossroads: 3 Top Takeaways from Chicago Build 2022

FM professionals are the first line in gauging employee sentiment in turbulent times – and that brings new opportunities and challenges.

In Case of Emergency...Now What?

As we keep learning, the new workplace requires mindfully applying expertise in new combinations and contexts.

Designing the ‘Once-a-Week’ Office of the Future

Real estate decisions come into focus as some employees only head into the office for a single day a week.