Corporate executives are signing up for acres of new office space in London as they attempt to lure workers back to their desks. 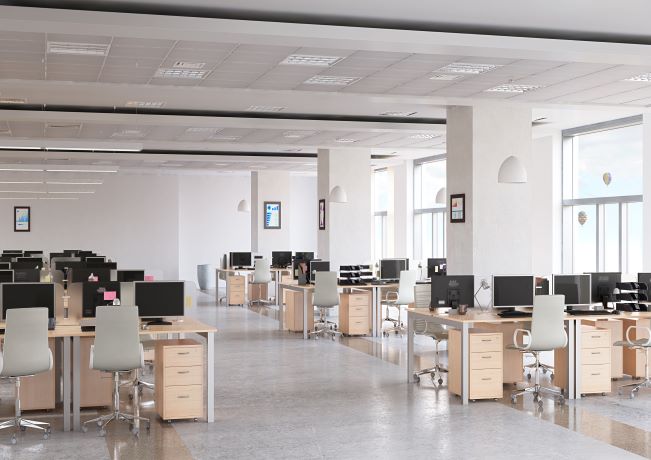 Demand for offices in the U.K. capital has rebounded sharply with businesses committing to 819,000 square feet of new space in the six months through September, British Land Co. said in a statement Wednesday. That’s the equivalent of more than 10 soccer fields and includes a new headquarters for law firm Allen & Overy at the developer’s 1 Broadgate development, which is fully pre-leased ahead of completion, and space to Facebook-owner Meta Platforms Inc.

There is a “renewed optimism in London offices with occupiers more confident of committing to space as their employees return to the office,” the landlord said in a statement. “Demand is firmly focused on the very best space, with an emphasis on sustainability, wellness, shared and flexible space and excellent transport connections.”

The pandemic with its host of government-mandated restrictions has upended working practices around the world as millions of employees relocated from offices to their homes. The unprecedented social experiment in forced home working ushered in a debate about the future of the office as workers embraced their new-found flexibility and the end to daily commuting.

Part of the bounce-back was driven by pent-up demand from companies that had been forced to delay decisions on office moves caused by the spread of Coronavirus, British Land Chief Executive Officer Simon Carter said in an interview. The shift toward energy efficient office space that caters to the needs of a modern workforce had also accelerated demand, he said.

That helped British Land to sign the most space across its London campuses of any half-year period in the last decade, Carter said.

Physical offices play a critical role in the hybrid workplace of the future.

Slack announced plans to sublease its San Francisco office, while WeWork shared a partnership to create a global network of flexible workspaces.