Employees have more leverage today than after 9/11. 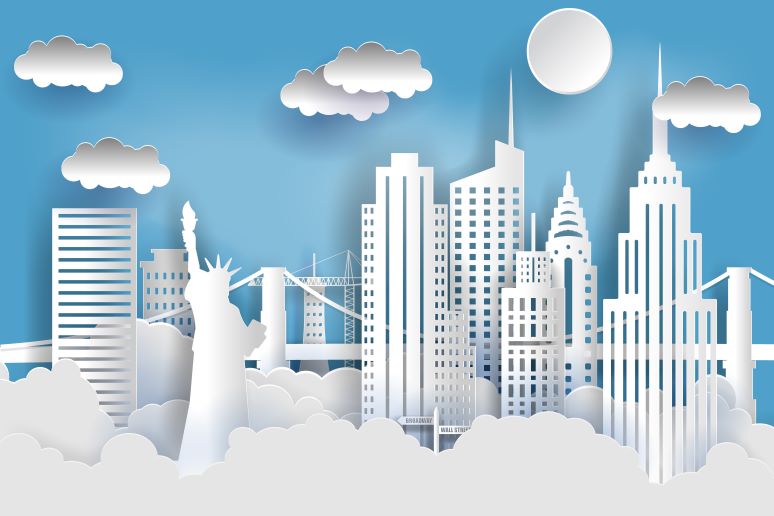 Image: SergiUs - stock.adobe.com
One of the broad-stroke arguments against the idea that COVID has permanently changed our relationship to office space and where work gets done is to point out how relatively little long-term change 9/11 produced in our habits. Most of us who were around in the days and weeks after the attacks remember the common belief that people just wouldn’t travel as much, that we’d be forever eying strangers with suspicion, and that no one would want to work in skyscrapers anymore.
A quote in a recent San Francisco Business Times article struck me as a sign of just how wrong these beliefs were. " 'Of the 15 tallest buildings in [San Francisco], how many were built after 9/11? Fifteen,' " shared Alexander Quinn, research director at commercial real estate firm JLL, in the article.
You could argue that San Francisco, as the ultimate tech boomtown, saw the kind of fevered economic activity that might not be typical. The nation’s other mega-wealthy city, New York, saw similar activity. Of the 15 tallest buildings in New York, only the city’s two most iconic skyscrapers — the Empire State Building and Chrysler Building — date to pre-9/11. And that’s in the city most directly impacted by the attacks. Even cities that weren’t quite as hot as these two have seen significant high-rise construction — five of Chicago’s 15 tallest buildings were built after 9/11.
So, what does this suggest about the post-COVID world? The biggest difference between the early 2000s and the early 2020s is that remote work technology is light-years better now. One reason we got back to normal so relatively quickly after 9/11 is that we had fewer options for making long-term changes to the way we lived and worked.
A psychological element played in as well: As much as we might have been afraid of future terrorist attacks, we adopted a widespread mentality of “not letting the terrorists win” by changing our routines. COVID is a completely impersonal enemy that is foolish to defy, as many of our national leaders are discovering. If COVID “wants” you to stay home, you’re likely to do so.
These changes have given employees at least some leverage in the conversation with management about where work will happen. An employee today can validly ask, “Why can’t I work from home?” If the company’s only response is, “Because we say so,” that’s not a great way to attract the best workforce, even if it is enforceable by policy.
At the same time, many employees want to return to the office at least part-time, and once their home lives return to pre-pandemic normal, especially with regard to childcare and schooling, they may be even more inclined to do so. The most popular option seems to be the kind of “on-site” model for office collaboration that I wrote about last week. This model leaves plenty of opportunities for cities and their skyscrapers to make a comeback once the pandemic is under control.

In Case of Emergency...Now What?

As we keep learning, the new workplace requires mindfully applying expertise in new combinations and contexts.

Designing the ‘Once-a-Week’ Office of the Future

Real estate decisions come into focus as some employees only head into the office for a single day a week.

Making the Office a Magnet for Employees

The head of workplace experience at PagerDuty explains the bold thinking and experimentation driving his company’s plan for hybrid work in this Q&A.

The Predictable Office: How AI Can Change the Workplace Forever

In today’s office, AI is ever-present — but we might just be scratching the surface of what’s possible.