The debate on how/when to return to the office is far from over, though Apple has its plan. 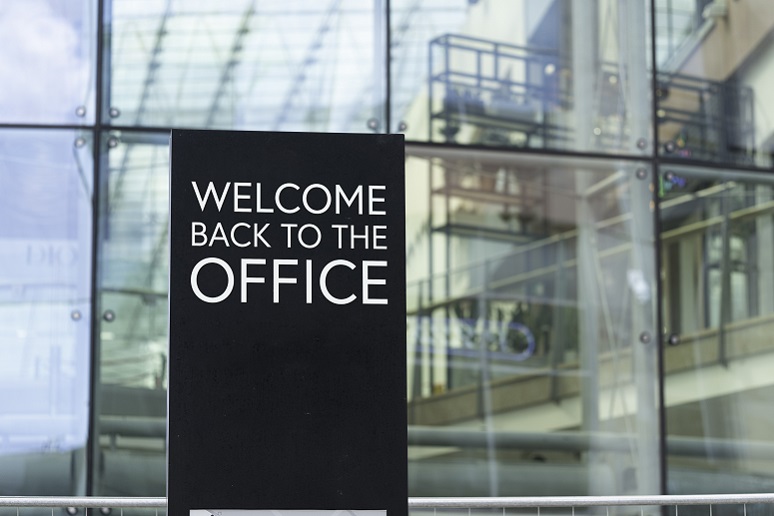 Image: AWD - stock.adobe.com
Last week's news on return-to-office trends was a mixed bag:
In his letter to employees, first reported by The Verge, Apple CEO Tim Cook made the obligatory nod to the presumed benefits of workers coming together in the same physical space: "For all that we've been able to achieve while many of us have been separated, the truth is that there has been something essential missing from this past year: each other," Cook wrote.
Unlike many companies, whose "flex" plans are less definitive at this point, Apple gave employees across the company specific days of the week — Monday, Tuesday, and Thursday — that they're expected to be in the office. Wednesdays and Fridays are the designated WFH days.
I tend to be more of a fan of complete flexibility — the SAP model. But Apple's plan seems to make sense for who they are as a company, and I have to admit I think the idea of designating specific days of the week as the in-office days seems preferable to having an open-ended mandate. If you're going to make people come into the office because that's where you insist they should be, then come up with a definite, clear plan that maximizes the effect you're trying to create (lots of people in the office at the same time).
Apple is also giving workers two weeks a year of full-time remote work, based on the same principle as Google's "work from anywhere" allotment — as Cook put it in his letter, "To be closer to family and loved ones, find a change of scenery, manage unexpected travel, or a different reason all your own." As with Google, this could be especially valuable to a company with a large base of immigrant workers who'd like to maximize their time for visits to family in farther-away locations.
If you stare hard, you might see the beginnings of a new approach to office space in Apple's plan. Pre-pandemic, we were all used to the idea that office spaces sat empty two days a week. Maybe post-pandemic, we get used to the idea that offices sit empty four days a week. That might seem wasteful, but we're at the start of a pandemic-driven upheaval in where people live and how much space in a city is dedicated to offices versus residential. We don't know where that will all land, and what will happen to prices and business models for commercial real estate over the next couple of years.
Besides, we've had no shortage of anecdotal stories about people who love coming into the office, or who need to not work from home for one reason or another — they don't have a good workspace at home, there are too many distractions, whatever. So it's very likely that Apple's offices will be far from empty on Wednesdays and maybe even Fridays.
The Apple model is another entry in the far-from-settled debate over how and where we'll work in the years ahead. It's not as flexible as some might like, and maybe there will be people who balk at working there for that reason. But Apple is Apple, and they've always gone their own way. We'll see how it turns out.

How to Optimize Employee Arrivals and Departures