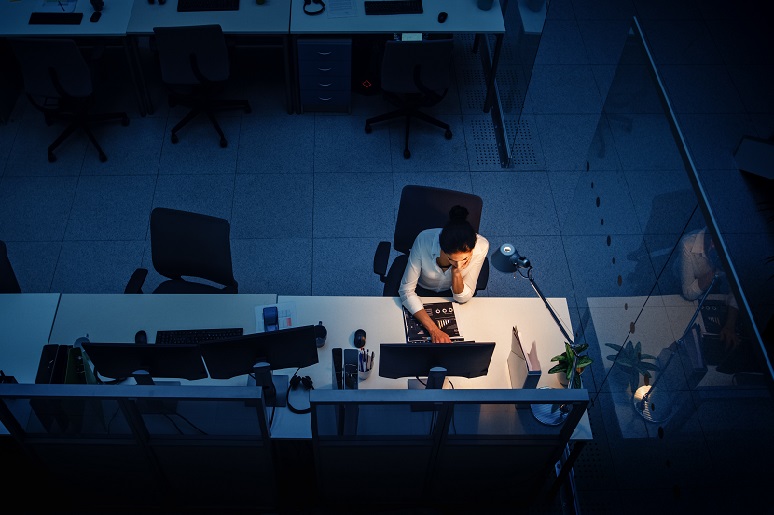 Image: Gorodenkoff - stock.adobe.com
The last nine months have seen dramatic developments in the story of the pandemic and remote work: Brutal caseloads over the winter, followed by vaccine rollouts and the promise of a return to normal, only to see the Delta variant largely wipe out these gains, pushing back large-scale return-to-office toward the end of this year or 2022. And in that time, employees’ attitudes about remote work have remained remarkably stable, with some erosion in support for returning to the office.
That’s the finding reported this week from the latest poll by market researchers Morning Consult, which has been conducting weekly surveys of employees’ attitudes on key questions around remote work. Among their findings:
An equally troubling corollary: Those who agreed that they trust their employers “to make the right decision about when our office can return to work” fell from 81% last October to 72% this month. Then again, this may not be a make-or-break issue: The percentage agreeing they “would consider quitting if my employer tried to get me to return to the office before I felt safe,” came in at 53% both in October 2020 and August 2021, with little variation over the intervening months.
Broadly speaking, the poll would seem to support the idea we’re hearing more of, that the longer people stay away from the office, the harder it will become to bring them back. However, the fluctuations in the Morning Consult surveys suggest that this might be more of an incremental change than one that affects the entire workforce. In other words, remote work dragging on into the fall and winter may not kill the office, but could make it smaller — especially combined with hiring practices that may have made more enterprises more virtual over the past year and a half.