Letting Go of the Past

Remote work might be a symptom of longer-term workplace changes to come. 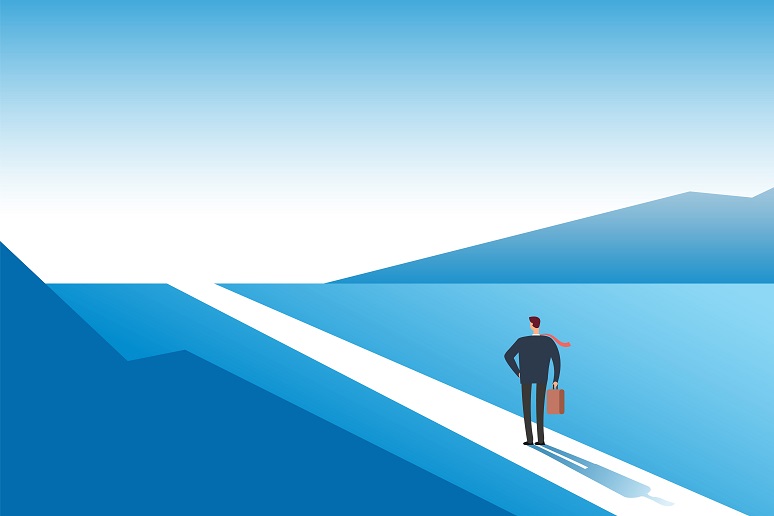 Image: MicroOne - stock.adobe.com
I may have been a bit too sanguine last week in reacting to Apple’s announcement that it would require most workers to come into the office three days a week. Apple employees definitely were not sanguine: Their (polite but firm) response to CEO Tim Cook probably made bigger news than Cook’s initial announcement. And observers—from Microsoft executives to other tech websites, took the opportunity to critique Apple’s approach as well.
One of the most telling comments came from Salesforce CEO Marc Benioff, who told CNBC that he expects half or more of his employees to work remotely full-time from here on out. The always-quotable Benioff summed up his view of the situation succinctly enough to get the whole quote in a headline: “The past,” he said, “is gone.”
This is so significant because Benioff has the same large, expensive problem as Apple: A brand-new, state-of-the-art, gigantic, expensive showpiece of a building that threatens to become a white elephant if most of the workforce stops coming into the office. Salesforce Tower, the tallest building in San Francisco, cost a billion dollars to build. Maybe, Benioff can be more magnanimous than Cook because the celebrated Apple Park HQ in Cupertino, CA, costs five times more than Salesforce Tower.
Still, even if neither company were burdened with such lavish physical facilities, they’d have to confront the same reality that Cook uncovered with his announcement: A lot of people whose skill sets give them career options have decided they want no part of commuting and office life. These high-value workers will be in play and presumably will gravitate toward companies with the most liberal remote-work policies. The real question is, what about everyone else, those whose bargaining power on the open market may not be quite as formidable as that of a top-tier software engineer?
It’s not often you find a deep-dive analysis on Twitter, but venture capitalist and former Microsoft executive Steven Sinofsky posted just such an analysis recently, patiently spelling out the social trends that drove corporate organizations in the last half of the 20th century and the beginning of the 2000s. After describing how disruptive processes proceed, Sinofsky turned his attention to the current discussion of remote work, but concluded, “The incumbent in this disruption is not the headquarters or office, but the full list of structures and approaches of the company.” Later, he adds, “The question is not ‘work remotely’ but what is the very structure of getting things done. We can't see it now but in 25 years corporations will run very differently. They will not be 3/5's HQ with everything [else] the same.”
Sinofsky concludes that generational transitions will drive the longer-term changes, of which remote work is just a symptom or leading indicator today. He likens those agitating for remote work, against corporate leadership, to the way he reacted as a young employee trying to take advantage of technology advances that his employers didn’t sanction: “It sounds like me complaining to my boss about having to use a mainframe to do a report when I can easily do it on a PC with a … spreadsheet.”
None of this helps with the near-term problem: What are your employees going to be doing in September, or next year? They have to be somewhere—the office or home or some mix. And there probably has to be a plan for it all. But to me the lesson is that you have to be open to changing the plan.
We don’t know much for certain, but if I had to bet on any assessment, I’d go with Benioff’s: The past is gone.

Learn more about preparing your workplace for the future in the "Workplace Strategies" track at Enterprise Connect, which takes place Sept. 27-29, in Orlando, Fla. Register today with promo code WSCNEWS and receive $200 off your registration!

The 80-location Memorial Health is three years into a successful deployment of Workplace from Facebook, and ready for the next step.

Cybersecurity and the Hybrid Workforce: Making it Work