Addressing fatigue takes a bit of both 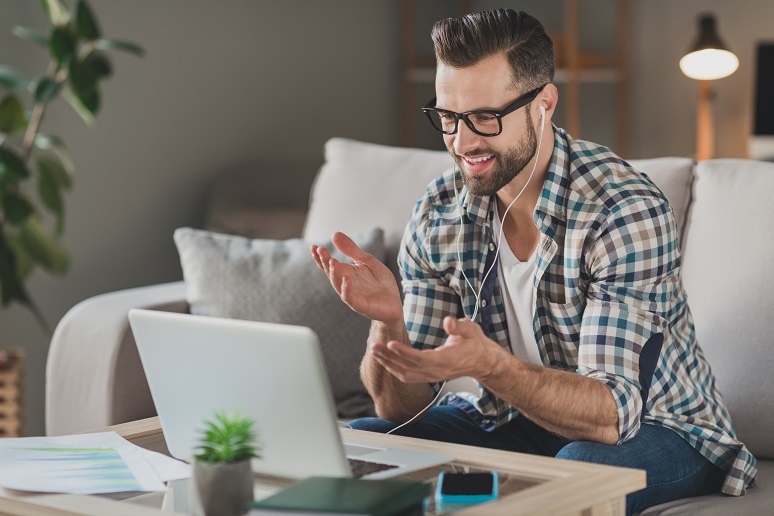 Image: deagreez - stock.adobe.com
My colleague Eric Krapf recently shared the story of an event operations team that set up a four-hour video "meeting" in Microsoft Teams so that everyone could see and shout out to one another as they ramped up for an upcoming show. Typically, they’d have been in person at this juncture, and this, they figured, was the next best thing, Eric described.
As Eric suggested, more graceful technology options for this sort of always-on meeting are available, both in video and audio variants. A company called Collaboration Squared, for example, offers an immersive in-office videoconferencing portal that, when deployed across locations, lets team members in one office “knock” to get the attention of and collaborate with the team connected on the other side. Adapted for the work-from-home shift, this Video Window is also available in app form for PC, Mac, and Linux machines. In this case, remote team members can toggle the app’s video, camera, and audio feeds on and off throughout the day as they need to communicate with each other (see my May 2020 post, “Knock, Knock: Let’s Huddle, Virtually”).
Similarly, we’ve seen communications and collaboration app makers jump onto the always-on trend. In this case, voice is the go-to. Late last month, for example, team collaboration vendor Slack introduced a feature it calls Huddles. As described on our sister site, No Jitter, Slack designed Huddles as a “digital alternative to spontaneous collaboration moments in an office.”
With Huddles, workers can join audio meetings and share their screens in any Slack channel or direct message. As many as 50 participants can jump into and out of these always-on conversations, Slack said. Cloud communication providers Dialpad and RingCentral have introduced similar functionality in the last couple of weeks.
Beyond facilitating the type of at-the-ready scenario described in the opening, I would hope that accessibility to such technology options might help combat the pressing issue of video meeting fatigue that so many companies are trying to solve. Or, I should say, I would hope they become part of the arsenal for combatting the challenge. This issue requires policy, too; the way I see it, this isn’t an either/or situation. With the likelihood of the hybrid combo of in-office and remote work, video meetings will only become more entrenched within the enterprise. Fending off any more serious meeting fatigue than already witnessed will take a mix of collaboration technology and smart policy.
So, yes, set the corporate meeting defaults to 25 and 50 minutes, rather than 30 and 60; companywide, establish core hours during the workday for meetings, allowing plenty of time for productive work outside of that designated time; and institute one day free of internal meetings, like no-meeting Fridays. But also get creative on the technology side.

Learn more about the evolution of video meetings, collaboration, and hybrid work at Enterprise Connect 2021, coming to Orlando, Fla., Sept. 27-29. As a WorkSpace Connect reader, use the code WSCAL200 to save $200 off your registration.