Office Occupancy and Company Culture are Less Connected Than Ever

If a company doesn't listen to its employees' feedback, what does that say about how much they value those employees? 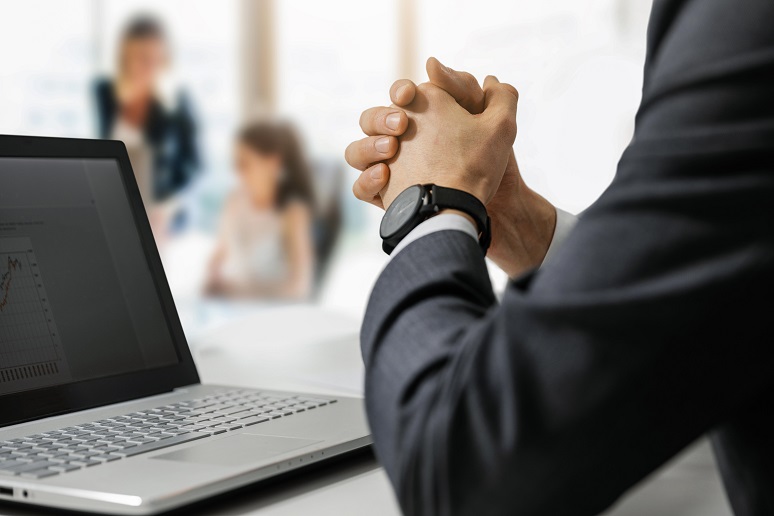 Image: ronstik - Alamy Stock Photo
The latest data on office occupancy is out, and overall, 66% of desks in North American offices are going unoccupied, according to the Advanced Workplace Associates Hybrid Working Index study, conducted over the last two months.. Breaking occupancy down by day of the week, the highest desk occupancies are on Tuesdays (38 percent occupied), Wednesdays (40 percent) and Thursdays (39 percent), while only 16% of North America's desks have someone sitting at them on Fridays.
Granted, summer may not be the best metric by which to assess typical office occupancies, between vacations and some companies' tradition of shortened Summer Friday hours. However, even when vacation trends are factored in, these two months of data suggest a North American workforce that's decided it's really pretty good with hybrid work.
This is great news for the folks who love coming into an empty office on Fridays -- I have been you, and it is glorious to sit in a place dedicated solely to doing business, untroubled by colleagues coming by and asking questions, blazing through a to-do list -- but many workplace leaders seem to be dissatisfied. There's still a concerted effort in place to get people back into the office after Labor Day, in a campaign that feels very reminiscent of going back to school. In "The Office's Last Stand," Emma Goldberg writes for the New York Times:
Colleen McCreary recently gave managers at Credit Karma a message that could seem more apt for rising sixth graders than personal finance executives. "Back to school is coming," Ms. McCreary, the company's chief people officer, recalled telling managers. "We're getting excited about all of these returning-in-the-fall type activities." The company has been trying to get employees back to the office regularly for more than a year. First, the vaccine rollout gave executives hope that the office would be full again. Then there was "Wine Down Wednesday" in the company's Charlotte, N.C., location, and kombucha by the firepit in the Oakland, Calif., building. Now Credit Karma's leaders are relying on a different incentive: Labor Day. The latest corporate magical thinking is that September will herald the grand refilling of cubicles around the country. Each pandemic fall has brought with it employers' hopes of a broad-scale return to the office. Last year's plans were derailed by the Delta variant. But this time, business leaders are adamant that they won't change course. Seriously.
The story goes on to explain that the white-collar American attempt at La rentrée is not going as smoothly as managers could hope -- and one argument the work-at-home folks are summoning is the question: Do you want me in the office, or do you want me to be productive? For some workers, it really is an either-or situation. As Goldberg reports:

The strain of trying to remake lives and routines is far from trivial. In conversations with more than three dozen people, it is clear that many can't picture squeezing themselves back into office life with all its constraints, from the discomfort of blazers to the sting of a hallway slight.

Sometimes offices are the worst place to feel like you're part of the team.
However, workplace productivity takes off when there's a sense of cultural cohesion within a workplace team. According to workplace retention expert Troy Hall, cultural cohesion is built on leaders' successful work in a few key areas:
The reason "return to the office" has become a long-running story is because the conflict it embodies at the heart is really a conversation between workplace leadership and the workforce about what those shared values are. The workforce has been very clear: They want more control over their time. They feel like they've earned the right to greater autonomy through demonstrating their steady or improved productivity through a remarkably disruptive work period.
It is entirely possible for worker autonomy to exist within a workplace's greater cultural cohesion. There are a lot of good reasons to come back to an office -- I'm writing this as an arborist two doors down goes into the 12th hour of taking down my neighbor's locust tree and I have never wanted to be in a quiet cubicle more than at this moment -- but ultimately, the office doesn't make the culture. The workplace leaders do. Choosing to thoughtfully engage in how to build cultural cohesion in geographically-independent ways that help workers feel individually valued and eager to be on a team is a great opportunity for management.
This article first appeared in the WorkSpace Connect newsletter, a weekly newsletter dedicated to discussing topics and insights related to today's evolving workplace. To sign up for the newsletter, please click this link to register today!

Are We Approaching Peak Return to Office?

Much of the workforce has returned to the office in some form, but it's unclear if executive leadership can keep the pace of their return-to-office plans.

What Can You Do When People Don't Want to Come to the Office?

Just as there is no one-size-fits-all approach for the best working arrangement for employees, there’s no one answer to any of these questions.

How to Strengthen Your Workforce With Neurodiverse Talent

DEI includes neurodiversity. Here’s why your company must educate itself on the topic, why it needs to have the conversation and how to take action.

Is Hybrid Work Working? It Depends On Who You Talk To

Until employees and employers get on the same page – especially for keeping the Great Resignation in check – no amount of technology innovation is going to save the day.

Will the Metaverse Be the New Workplace Wedge?