It’s really anybody’s guess as to the long-term effects of the past year’s way of working on products, services, and culture at different enterprises. 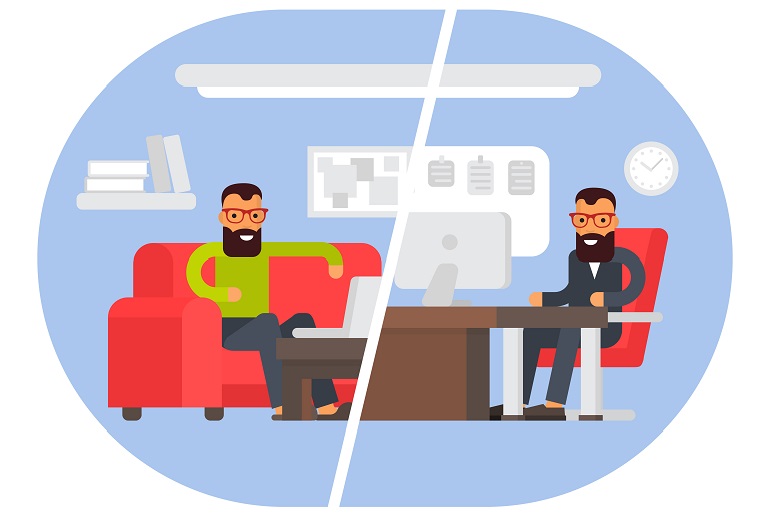 Image: Ira Yapanda - stock.adobe.com
Everyone hates the phrase “new normal.” We’re all tired of hearing people tell us that the “old normal” isn’t coming back. But a couple of recent articles may offer a way of thinking about why these are such inadequate concepts, and how we must think differently about how change happens and what it means for people who work together and the enterprises for which they work.
First off, The Verge is out with a follow-up to the story it broke last month about Apple employees’ backlash to the company’s back-to-office plans. The site reports that Apple is holding to its plan to require most employees to work in the office three days a week. And they quote an interesting statement by Deirdre O’Brien, the company’s senior vice president of retail and people, from a video in which she responds to employees’ pushback.
“If we take a moment to reflect on our unbelievable product launches this past year, the products and the launch execution were built upon the base of years of work that we did when we were all together in-person,” O’Brien is quoted as saying on the video.
The point she’s making — that it may be too soon to tell how the pandemic affected the company’s culture and products — might give a company pause. She’s responding to those who would argue that, to all appearances, Apple didn’t miss a beat in terms of product success and revenue strength while everyone worked remote; she’s maintaining that this success was already baked in by the way the company worked pre-pandemic.
O’Brien may simply be trying to use this idea as a cudgel to hit back at the return-to-office resistance. The corollary to her point would be that product development and execution that took place during the past 15 months at Apple were inferior to what went before, and I doubt she’d really want to make that argument.
But it’s fair to point out that we don’t really know the long-term effects of the past year’s way of working on products, services, and culture at different enterprises. We won’t really start to know until enterprises move into the next phase (as they’re starting to do), and we see what actually goes on. In some ways, it’s a safer bet to keep working remotely, if only because so many people have adjusted to remote work at such a deep level.
That leads me to a Harvard Business Review article written by Nikodem Szumilo, associate professor of economics and finance of the built environment at University College London, and Thomas Wiegelmann, a managing director of Schroder Real Estate Asset Management and a member of the Harvard Alumni Real Estate Board. They make the case for reduced office use, in part by noting that the shift to remote work isn’t a one-and-done thing, but an ongoing process in which improvement is possible.
“Not every manager has the skills required to be a good leader of a remote team, but these abilities get better with practice,” they point out. “Many leaders have become adept at video check-in meetings and even hiring workers without meeting them. So there is an argument that many people’s remote management skills are a lot better at this than they were before the pandemic.”
The point is that we may not know which is better, hybrid or remote work, because both are moving targets.

The online retailer changes its return-to-office course yet again, leaving the decision to individual teams. But is this a sign that other workplaces will follow suit?

Future of Work: From Surviving to Thriving