While things are looking bright in the U.S. for returning to the office, workplaces need to remain flexible moving forward. 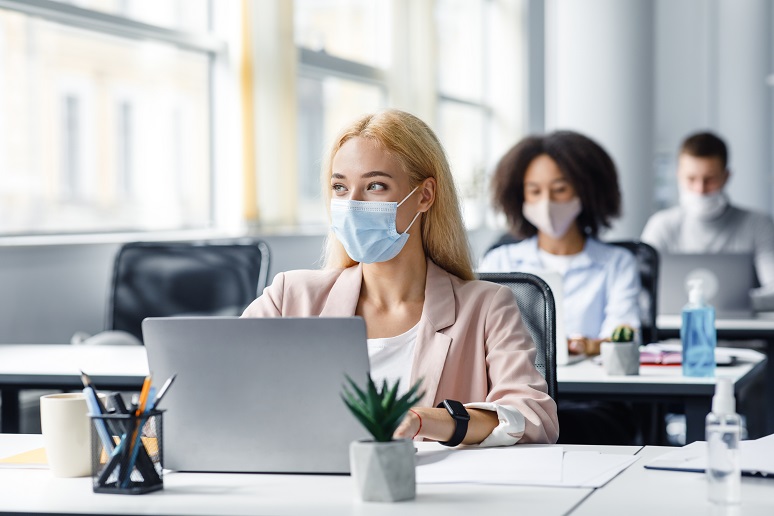 Image: Prostock-studio - stock.adobe.com
Enterprises have been planning the return to office almost since the pandemic began, and kept pushing back the date as the crisis wore on, worsened, improved slightly, and worsened again. Of course, in some regions of the world the end is nowhere in sight, but in the U.S., this week’s guidance from the CDC on mask wearing for fully vaccinated people looks a lot like the beginning of the end. Which means we lose the comfort of treating return-to-office as an academic discussion. In other words, employees will be told what to do, when to do it, and expected to comply.
The issue is going to be complicated by the fact that many people aren’t in a complying mood at the moment. Whether it’s service workers holding out for better wages and conditions before even considering a return to restaurants and stores, or office workers insisting that they be allowed to keep the time they’ve gained each day by working remotely, many enterprises will find the next few months more of a negotiation than an orderly procession.
In any case, it’s not like May 13 is the starting gun for the return-to-office; in fact, it’s already under way. But a recent report from the office software company Robin shows how tentative and relatively slow it’s been in the U.S.
Robin’s report analyzes the data generated by its systems, and in its latest report the company found that the total number of U.S. employees working from the office increased 250% in March over its January report. That may sound like a lot, but the company also found that the average organization was operating at just 20% capacity in the office. Robin also found that the “bounce rate”—the percentage of employees who go into the office and then don’t return—increased from 6% in January to 13% in March.
Overall, the U.S. ranked 14th among countries in Robin’s findings on the rate of return to office, with the company noting that countries whose vaccination programs lag behind the U.S. are still ahead on the return to office pace.
So, it’s fair to say that the return-to-office is still nascent in the U.S. Many enterprises have publicly set their return dates for September, making the next three-to-four months an ideal time for experimentation.
On a virtual event that our sister brand Enterprise Connect hosted with Zoom this week, one of the speakers made the best point I’ve heard so far about the return to office. David Bryan, CTO of Poly, which makes video and audio equipment, used a word that we’ve heard a lot in this discussion, but he expanded on what it should mean in practice.
The word was “flexible,” and Bryan suggested that flexibility should extend not just to policies, but to office spaces themselves. We don’t know how people will feel about coming back to the office, and we don’t know if the changes that enterprises are putting in place there will work as intended. Bryan cautioned that enterprise managers should restrain their natural tendency to want to be seen as getting everything right on the first try.
“We love to predict and get ahead of things,” Bryan said. “I really think all of us are going to be surprised” by some aspects of how the process plays out. Being the nature of surprises, none of us knows what those things will be as we start out.
So even if your enterprise has a well-drawn plan for return-to-office, a big element of that plan should be the ability to shift direction, learn from early experiences, and listen to employees.

The 80-location Memorial Health is three years into a successful deployment of Workplace from Facebook, and ready for the next step.

Cybersecurity and the Hybrid Workforce: Making it Work