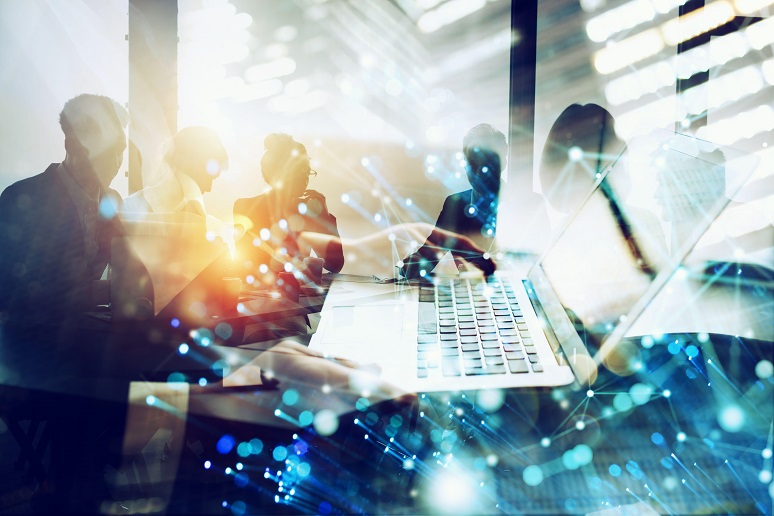 Image: Panther Media GmbH - Alamy Stock Photo
Welcome to Workspace Wrap, a regular round-up of news about the new way of working. Today — workplace leaders are wrestling with making the flexible office experience work; cities with lengthy commute times are seeing greater resistance to a return to office; Slack logs big growth, as does at least one of its peers.
Commercial Real Estate Firms: Hybrid Work Is a Guessing Game and a Challenge
Writing for Wealth Management, Buck Wargo reports that office occupancy rates are still hovering at 40% of pre-pandemic levels, and since workers have made it clear they'll leave rather than lose any workplace flexibility, workplace leaders are struggling to determine what hybrid work looks like for their offices.
Among the most significant challenges: Coordinating when colleagues can be on-site together to boost collaborative work and crafting hotdesking set-ups that work for employees. Wargo interviewed Peter Miscovich, the leader of the strategy and innovation consulting practice with the commercial real estate services firm JLL and co-author of “The Workplace You Need Now,” who says that technology and human management are key to a good physical office experience:

“What we are finding with clients is that it takes good management, communication and design to make hoteling and hot desks work effectively,” Miscovich says.
According to Miscovich, 20 client case studies have shown hot desking works, while 50 others said it’s been challenging, and the reason for that is that it has not been well-orchestrated. That usually means a lack of good technology and poor scheduling and communication.
“We believe in having on-site ambassadors or people who can be concierges and help you like when you go into a hotel lobby. Some of it can be automated, but you need a certain amount of human services to help with that. It’s about making people feel welcome.”

The story also reports that facilities personnel and workplace leaders are also being challenged by the demands for flexibility in the office when most commercial real estate requires longer-term leases.
Editor's Note: Wealth Management is owned by Informa Tech's parent company, Informa PLC
WSJ: It's Not the Office, It's the Commute
A May 31, 2022, news analysis the Wall Street Journal conducted with U.S. Census Bureau data and building-access company Kastle Systems found that cities with longer commutes have a lower return-to-office rate compared to urban areas where people live closer to work. A 2021 Gallup survey had shown that 52% of workers who wanted to remain remote cited avoiding a commute as a primary reason to avoid returning to the office.
The Journal reported that eight of the 10 major cities with the biggest drop in office occupancy during the pandemic had an average one-way commute of more than 30 minutes, while residents of six of the 10 cities with the smallest drop in office occupancy logged less than 30 minutes per commute.
Since workers are making it clear that they are resistant to office commutes, one possible solution is for employers and local governments to tackle the problem of lengthy commutes. Reporter Konrad Putzier wrote, "It may require investing in housing, highways, public transportation and other infrastructure necessary to reduce commute times."
Salesforce Bullish on Slack's Role in Customer Communications
On May 31, the collaborative workspace's parent company Salesforce released its quarterly earnings for Q1 fiscal year 2023 and reported that Slack's made gains in the past year. Among the notable numbers:
As Co-CEO Bret Taylor said on the analysts' call: "One of the things I'm most excited about from this past quarter is we shift a lot of the integrations between Customer 360 and Slack, whether it's team selling and account management in our Sales Cloud or case swarming in our Service Cloud … [we're] really excited to not only invest in Slack as a standalone platform, which is just incredible, but I'm just excited with how much more relevant our Customer 360 value proposition is now that Slack is in the building. I think it's going to be one of the best acquisitions we ever did, and it really makes every customer conversation more relevant in this new era of flexible work."
By contrast, Zoom logged $1.07 billion in revenue for the same period, or three times the amount of revenue for its collaborative services platform, and it now has 2,916 customers spending more than $100,000 annually, which is a 46% growth year over year.