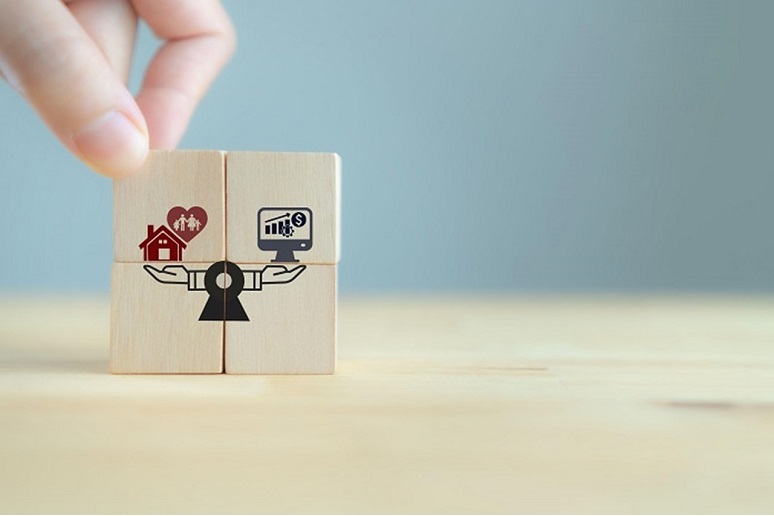 Image: Paradee Kietsirikul - Alamy Stock Photo
Some industries are 24/7 by nature, at least some of the time. Recruiting is one of them, said Debbie Winkelbauer. But when that business reality collided with the change in work norms during the Covid-19 pandemic, a new human-resources problem emerged.
Winkelbauer is the CEO of Surf Search, a recruiting firm based in the U.S. that specializes in the healthcare, medical device, pharmaceutical, and biotech industries. When COVID-19 began to impact the U.S., Surf Search’s staff moved to a hybrid work setup.
The recruiting firm wasn’t alone in changing its work arrangements in early 2020. One study’s data analysis showed post-pandemic, 20% of full work days will be done from home compared to 5% pre-pandemic. And large organizations like Google, HSBC, and Salesforce have announced their intentions to continue with hybrid work arrangements.
There’s evidence many people consider hybrid arrangements to be the best of both worlds. Last year, Microsoft’s Work Trend Index annual report found that more than 70% of workers want ongoing flexible work options, but about two-thirds also want more in-person time with their teams.
Identifying the Problem
As coveted as flexible working conditions are, these work arrangements can create new workspace issues. “After switching to a hybrid workforce during COVID-19, I realized some employees were faltering – and not in the way I expected,” Winkelbauer said.
Because some recruiting work had to be done outside of normal business hours, Surf Search had never put boundaries on emails or phone calls before. They’d also never felt the need to. When the pandemic began, and employees began working from home at least some of the time, that changed.
“Now that the line between office and home was blurred, I noticed some workers were burning the midnight oil to a degree I wasn’t comfortable with,” she said. “We risked hitting a wall.”
That experience of a perceived loss of work-life balance has affected employees across industry sectors over the past couple of years. 54% of employees feel overworked, and 39% feel exhausted, Microsoft found. Looking at its own product suite, Microsoft found that online meetings were more frequent and longer, overall chats per week were up, more chats were being sent after normal work hours, and email inboxes were busier. Compounding the problem, 62% of calls and meetings were ad hoc or unscheduled.
“At first, we all sort of took it in stride, assuming that the more hours worked, the better,” Winkelbauer said of the initial reaction to her own company’s experience with the pandemic shifts in workload and working hours. Employees didn’t approach her with their concerns directly, and she was as guilty of sending late-night texts and emails as anyone else at the company, she admitted. But over time, it became clear that some of her staff were caught between work and family demands in this new, unexpected situation.
“It occurred to me that this wasn't the lifestyle I wanted to impose on myself or my employees,” Winkelbauer said.
A Simple Tech Solution
In an attempt to keep her employees from burning out, Winkelbauer consulted with HR about possible ways to rebuild the lost boundaries between work time and home time. Together, they landed on a simple solution using tech already part of the workplace: FindTime, a Microsoft Outlook add-on for scheduling meetings.
“We were already using Outlook a lot, and it quickly became apparent that a firm boundary would accomplish more than the honor system,” she said of the decision to find a solution tied to the software. “I decided to use tech to my advantage.”
With FindTime, the company could implement limits on available meeting times, she said. At first, management used the add-on to limit meetings to their usual in-office working hours. Over time, an available hour was added in either direction in order to give people more flexibility around their schedules while maintaining the limits more broadly.
There are workarounds for unique situations, but overall this one simple solution worked as intended. “It greatly reduced the number of worker-to-worker meetings that were occurring after-hours,” Winkelbauer said.
When implemented, the change was popular. Several employees reached out to let her know they're grateful for the solution, she said, and it seems to have removed some of the guilt of closing their work laptops for the day. One initial holdout who missed the ability to reach out at all hours came around after growing his family, telling Winkelbauer he now appreciates his quieter evenings.
Surf Search has now returned to the office part-time, Winkelbauer said, but the limits on meetings are still in place without issues. “I even kept the flexible start and stop times, which has probably been the most popular measure,” she said, “whether in-office or out.”