Strengthening weak ties might be the workplace culture boost your organization needs. 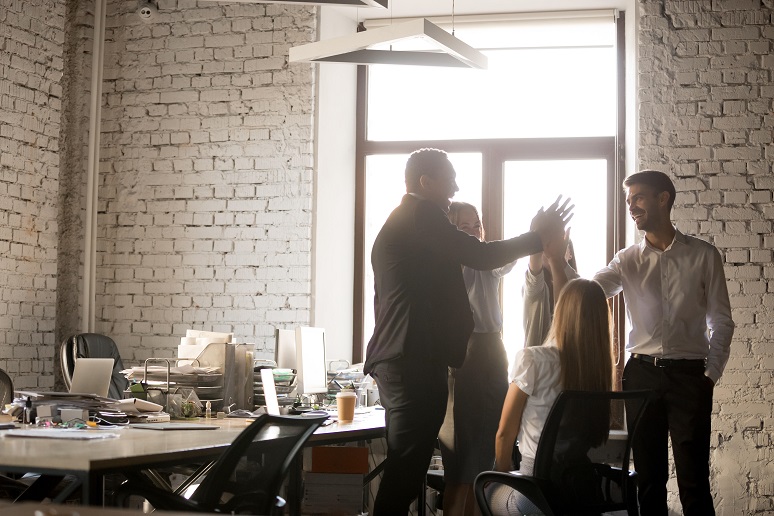 Image: Aleksandr Davydov - Alamy Stock Photo
Last fall, Microsoft Research reported on emerging trends in workplace communications — people were engaging in more focused communication with direct team members, but the amount of casual chit-chat with people who weren't direct colleagues dropped. A wave of articles arguing that it was time to head back to the office for the sake of watercooler chat began cresting.
Watercooler chat is rarely value-neutral — something we've written about before — but it is a handy indicator of how effective an organization is in fostering what sociologists call "weak ties" — a term that describes social relationships that are infrequent and/or not particularly close. Think about the person you see at the gym at the same time you go, or the coworker who you know solely because you happen to have similar commuting schedules and get stuck in an elevator together.
Some research suggests weak ties are better for job-hunters than strong ones, because the farther-flung and more extensive network of our weak-tie acquaintances will improve the odds that someone in that wide web will have information, social connections, or opportunities that we can use. When a team of Stanford, MIT, and Harvard scientists decided to test this theory by running a set of experiments on LinkedIn over five years, they confirmed the validity of the weak-tie theory:

By randomly assigning some LinkedIn users to receive more weak tie recommendations from the PYMK algorithm and other users to receive more strong tie recommendations, and then examining the labor mobility of the two groups over five years, their analysis confirmed that weaker ties increased the likelihood of job mobility the most. But the researchers also found an inverted U-shaped relationship between tie strength and job mobility, with moderately weak ties increasing job mobility the most and the strongest ties increasing job mobility the least.
“It’s not a matter of ‘the weaker the better’ or ‘the stronger the worse,’ ” explained study co-leader and Harvard Business School Professor Iavor Bojinov. “Our results show that the greatest job mobility comes from moderately weak ties – social connections between the very weakest ties and ties of average relationship strength.”

Weak ties aren't just for job hoppers — they can also boost the workplace culture and help people do their jobs. Research suggests that weak ties are best created in person, and can be good for generating new ideas or kick-starting a project. But for mature teams, it may not matter as much. As the New York Times reported:

Kristie McAlpine, who researches organizational behavior at Rutgers, studied 99 teams at a large tech firm, and compared teams in which people had greater flexibility — so they were in the office together less often — with those that did not. Being in different places led to less spontaneous communication, both small talk and work conversations — and consequently, to less idea generation, she found. However, when she looked at later stages of projects — after ideas had been formed, when people were carrying them out — she did not find that it mattered as much whether people were in the same place.
“It doesn’t mean scrap all remote work,” she said. “It could be that when working on mature projects, you don’t need conversations in the hallway.”

As we wind down 2022 and begin thinking ahead to where to direct our best efforts for individual and organizational workplace strategy in 2023, finding a way to create and capitalize on weak ties is the kind of initiative that will help employees. They'll feel more confident about how to navigate within the company, for one. They'll also feel more invested in the employee experience.
The Microsoft research showed that siloed communication can fray that sense of positive employee engagement. I worked at one place where the preferred weak-tie activity was a nightly Quake game scheduled at 6 p.m. It was not uncommon to hear screams of dismay in every department as various people were shot or stabbed in gameplay. The carnage created connections.
There are plenty of collaboration tools for fostering and sustaining weak ties in hybrid and remote workplaces — but they need management and leadership practices to be truly effective. Consider weekly meetings with ice breakers, company events like trivia contests or online happy hours, or encouraging random channels in Slack or Teams where people can share pet photos or talk about travel plans. With a little intentional workplace strategy, you may find the most effective way to weave casual connection into your organizational culture and boost employee outcome.

This article first appeared in the WorkSpace Connect newsletter, delivered every Wednesday to your inbox. To stay on top of the latest workspace insight and news, make sure to sign up for the newsletter today!