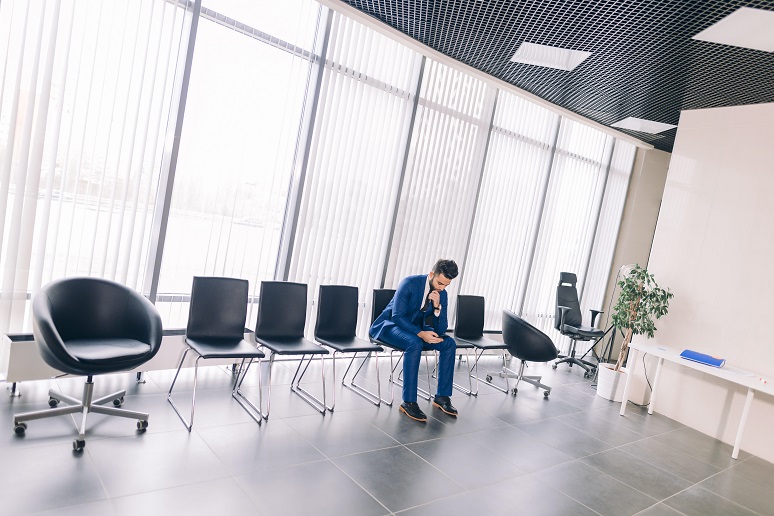 Image: Albert Shakirov - Alamy Stock Photo
Welcome to Workspace Connect Wrap, your regular roundup of news and analysis examining the modern workplace. In today's edition: Wisq wraps $40 million in funds for its work-related social connection platform; office schmoozers are eager to resume a career built on watercooler chat.
Wisq Raises $40 Million to Combat Social Isolation on the Job
The startup, which is developing a platform to build social connections between coworkers, came out of a yearlong stealth period by announcing it had closed a $20 million round of Series A financing, bringing its total financing to $40 million.
Wisq is in beta for its employee engagement platform; it's positioning the platform as a tool to ameliorate employee isolation, especially in workplaces with hybrid or fully remote workforces. Early beta customers have used the platform to create onboarding processes, establish employee resource groups where colleagues can support one another, and used the platform to build inter- and intra-team connections, according to a press release.
"As Generation Z enters the workforce, they come with expectations of making digital connections in all aspects of their lives, even day-to-day on the job, whether they're working remotely or in the office," said Jason Pressman, managing director at Shasta Ventures. "Providing a platform like Wisq is no longer a 'nice-to-have.' It's a 'must-have' benefit for the future of work in a competitive market where companies are seeking unique ways to attract and retain the next generation of employees."
Office Suck-ups Are Back on the Prowl
In September 2021, Atlantic writer Derek Thompson argued that offices were necessary for "soft work," i.e., "getting coffee with a co-worker. It’s catching up about the NFL on Monday morning. If networking, schmoozing, gossiping, and mildly annoying people on your floor with “Hey, does this idea suck?” are species of behavior, soft work is the genus that contains them."
The Washington Post has just expanded on the idea that offices and schmoozing go together with: "The pandemic was hard on office suck-ups. Now they're back and ready to schmooze." With the return of in-office work plus the continuation of a hybrid work culture, the benefits that women, working parents, queer people and minorities reaped from remote work are likely to be erased, Tomas Chamorro-Premuzic, a professor of business psychology at Columbia University, said.
“Those who are optimizing for politics are going to be back at work, and those who are not able to leave their homes or they enjoy focusing on output are inadvertently punished,” he says. “Because even though you say that it doesn’t matter where you are, there’s still a premium for being in the right place at the right time, telling the right things to the right person. And so who’s going to be at the office? More likely men than women, more likely majorities than minorities, more likely high-status or rich people, more likely extroverts than introverts, and more likely people who are ruthlessly focused on advancing their career.”
Slack's Future Forum has noted in its quarterly surveys how wide the gap is for remote working preferences: women, people of color, people with disabilities, and parents all clock considerable majority preferences for hybrid or fully-remote work situations.