Choosing Wisely About the Smart Office

After almost a year of shutdowns, some enterprises have a clear plan, but many others are still undecided on the specifics. 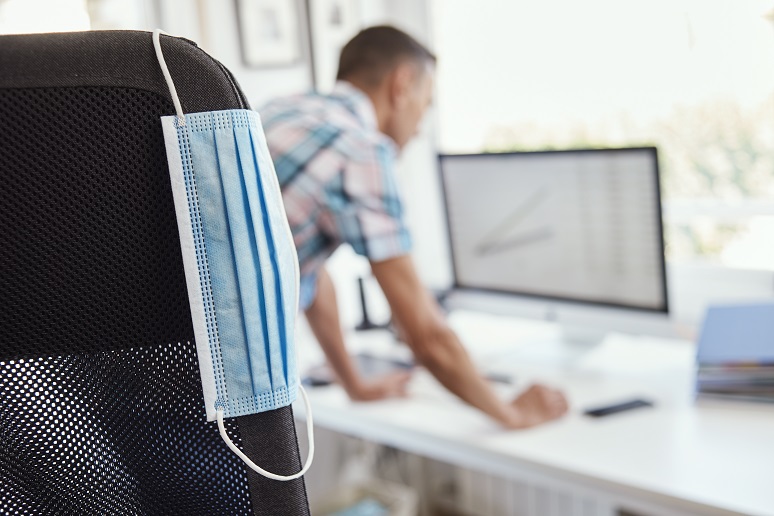 Image: nito - stock.adobe.com
When employees start returning to offices, hopefully later this year, how much will really be different? It likely depends on the enterprise, according to research from tech analyst firm Metrigy.
Metrigy surveyed 476 firms, asking, among other questions, whether they’re changing their physical offices to accommodate employees’ return. A slight plurality, 37.8%, said they aren’t changing their offices, versus 34% who said they are and 25.2% who said they’re still evaluating. Perhaps not surprisingly, the two most-cited potential changes didn’t involve physical renovation or reconfiguration: Almost 72% plan increased cleaning/sanitation, and just over 54% plan to limit capacity.
Changes that require new installations or reconfigurations were less popular: 44.4% expect to add plexiglass barriers; 33.3% said they’d eliminate open workspaces; 31.5% will reduce conference room size; and less than 30% plan changes such as adding enclosed workspaces, cubicles, or movable walls.
While enterprises are still working through their plans for physical transformation of the office, Metrigy found that safe work applications are likely to emerge: Over 70% of respondents are using or plan to use symptom check apps, workspace assignment apps, and office space density management.
Metrigy’s president and principal analyst, Irwin Lazar, will present the research in a virtual event hosted by our sister brand, Enterprise Connect, on Tuesday, March 9. The above numbers come from a sneak peek at Irwin’s slides for the presentation, which has a ton of additional statistics and analysis on what changes are likely to greet returning employees, and what best practices your enterprise should consider as you plan the transition.
These findings, along with data on real estate savings and planned changes to meeting rooms, suggest that, after almost a year of shutdowns, some enterprises have a clear plan but many others are still making decisions about the specifics. That shouldn’t be too surprising; even now, nobody knows when a critical mass of employees may be able to return to offices, which means nobody knows what kind of broader social context that return will occur in.
Irwin’s presentation will help you understand what your peers at other enterprises are doing, how they view the return to office, and what still needs to be done to facilitate this next stage in the evolution of work. The virtual event, which is free to attend, will include other presentations relevant to the emerging workplace, including a discussion of home-based offices and the future of videoconferencing technology. I hope you can join us March 9-10 for a look at the next three years in enterprise collaboration.