The Devil’s in the Hybrid-Work Details

Expect a lot of trial and error in the process of creating a new type of collaborative office. 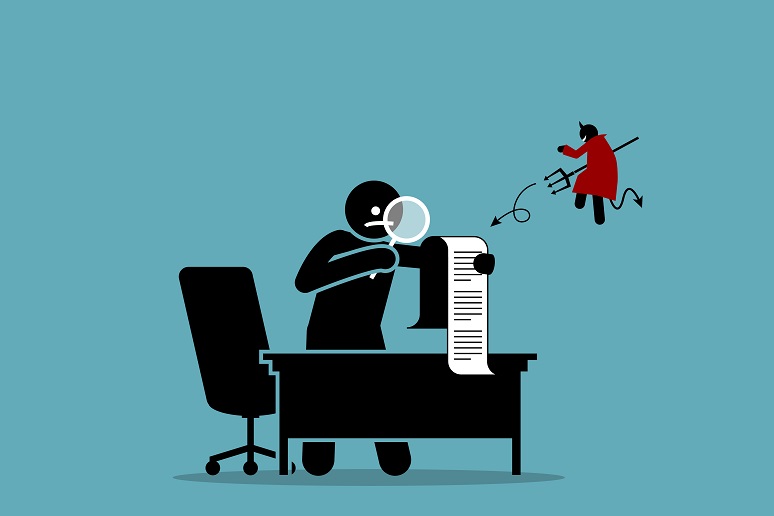 Image: leremy - stock.adobe.com
It was almost six years ago to the day that The Onion ran one of its slice-of-life-presented-as-hard-news items: Totally Unknown Guy Strolling Around Your Part Of Office For Some Reason.
“The well-dressed man, who not even coworkers who have been at your company for a long time could identify, is reportedly perfectly at ease placing a call in a vacant cubicle and has been seen through the glass conference room door apparently conducting meetings,” the satirical journal “reported.”
The piece captured one of the dynamics of the pre-pandemic workplace — the tendency for people who work in the same places every day, seeing the same people, to fall into routines that make them suspicious of anything out of the ordinary. The sudden appearance of a stranger in “your” office neighborhood was more likely to occasion paranoia and gossip than friendly greetings and engagement.
I thought about this Onion post when I read a recent article from the Harvard Business Review, Designing the Hybrid Office: From workplace to “culture space,” by academics Anne-Laure Fayard, John Weeks, and Mahwesh Khan. The authors grapple with the competing forces likely to be at play when workers begin returning to offices re-conceived to fit with an emerging vision of “hybrid” work, where the office is seen more as a collaboration zone than as a kind of white-collar factory.
The article cautions that enterprises must take care when implementing social distancing, pointing to an MIT study showing that regular communication among workers decreases once they’re situated as little as 50 meters apart. So if an office neighborhood is more sparsely populated, each person’s circle of regular interaction is likely to shrink.
Shifted in-office times, like expanded distances, could harm collaboration as well, the authors suggest. “One European home-appliance group divided employees at headquarters into two cohorts,” they write. “One came in on Mondays and Tuesdays and the other on Thursdays and Fridays, with no rotation. After four months a number of projects had slipped off schedule because many of the people collaborating on them came in on different days and never met in person.” That problem at least seems easily fixable, by introducing a schedule rotation.
The authors also provide support for the infamous “watercooler moment” theory of collaboration via serendipitous encounters. They cite a tech company that removed the coffee machine from an R&D center (which I have to say sounds ill-advised from the jump). The company found an initial productivity spike as people no longer wasted time talking to each other at the coffee machine. But over time, the number of bugs in the code they were writing increased, which the company attributed to employees not sharing as much information in the casual setting of the coffee space.
These examples show that the process of creating a new type of collaborative office is going to involve a lot of trial and error. The two anecdotes above from the HBR article suggest the most critical factors could be: knowing your workforce and what they do all day (so you don’t schedule them to never see each other), and a healthy dose of common sense (never take away people’s coffee).

In 2023, workplace strategists must figure out how to create smaller office spaces on a small budget – for an exhausted workforce

Quiet Hiring Can Boost Employee Morale, Company Outcome — But Only If Done Right

Workplace strategists and leaders are heading into the new year with potentially fewer resources to build out their vision for the future of work.