Why Rush Into a Stressful Return to Office?

With many companies eyeing a September return to the office, you might have some time before finishing the fine details on your re-occupancy strategy. 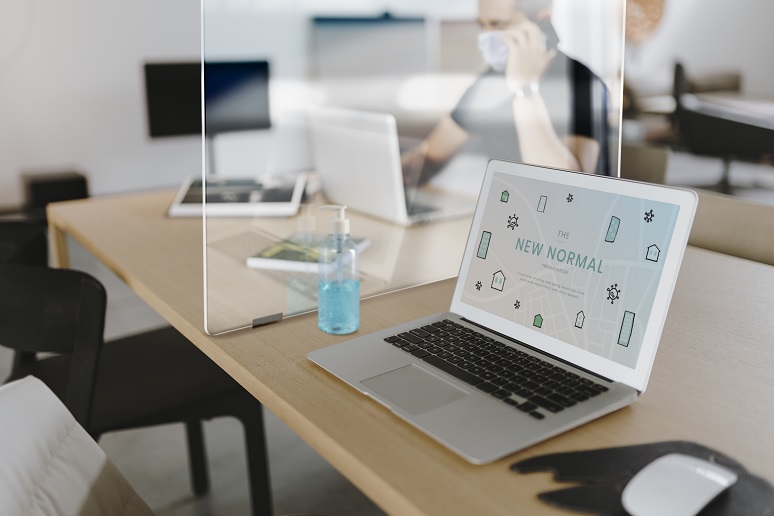 Image: Rawpixel.com - stock.adobe.com
For all the recent announcements and news stories about high-profile companies outlining their back-to-office planning, it seems to me that what everyone’s really doing is buying time and hoping they don’t have to make any tough decisions before they absolutely have to.
Here’s what I mean: Harvard Business School recently announced the results of yet another survey of employee attitudes about returning to the office. The top-level numbers pretty much aligned with what we’ve been hearing throughout the pandemic: The vast majority (over 80%) want to continue working from home at least part-time, and over one-quarter of them (27%) want to be full-time telecommuters. Many believe they’ve remained productive while working remotely, with one-third saying their work has actually improved since they started working from home.
But then there are the attitudes that will force employers to either make tough decisions or just keep offices mostly closed until they’re ready to bite the bullet and set down policies (and, more importantly, enforce those policies).
The Harvard survey found that 51% of workers won’t be comfortable returning to the office until they’re vaccinated. So far, so reasonable. Then you’ve got these follow-ups:
You can see where this is going. The latest Pew Research survey found that 15% of Americans say they definitely would not get vaccinated, and another 15% say they probably wouldn’t. The good news is, this 30% total is down from a peak of 49% last September. Also, there seems to be room for opposition to continue declining; Pew reports that the largest majority of likely non-participants cite concerns about side effects, the development and testing of the vaccines, and a desire to know more about how effective they are. You’d hope these concerns can be largely overcome with time and public information.
When it comes to mask requirements, Pew actually found that a large majority—88%--of Americans did wear masks when going into stores and businesses over the month prior to the February survey. Even among Republicans, who tended to be less likely to wear masks than Democrats, this figure has consistently grown from 53% last June to 83% in February. However, given that the survey was taken before major states like Texas lifted their mask mandates, these figures could change, and certainly the whole issue has been growing more polarized, not less.
So the Pew research paints a picture where a small but not insignificant minority of people say they won’t get vaccinated or wear masks, while the Harvard research shows that a majority of the people don’t want to go to the office until these two conditions are universally met. That’s where the tough decisions come in for the enterprise. If you require masks and vaccines, how much noncompliance can you expect and what will you do about it? And how much below-the-radar tension are you willing to endure when employees inevitably disagree, possibly vociferously, about whether colleagues are complying?
Given that the whole point of bringing employees back to the office is, supposedly, to increase collaboration, connectedness, and productivity, it’s not surprising that so many companies are targeting September or later as their large-scale return-to-office dates. There’s just so little upside in rushing back.