Expect rapid innovations to continue, providing a better experience inside and outside the meeting room. 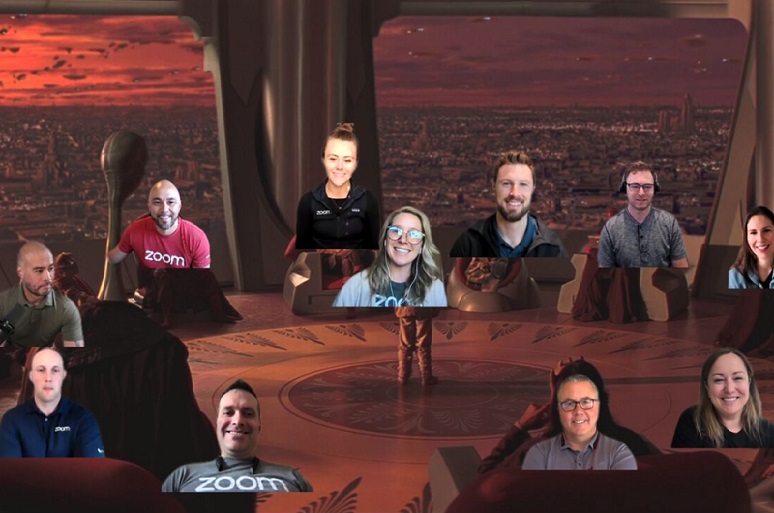 This article originally appeared on our sister site, No Jitter

Eric Yuan has Zoom fatigue. In a CEO summit hosted by The Wall Street Journal, Zoom’s CEO and founder shared his frustration with back-to-back video meetings. Other than publicly admitting it, his confession is not a surprise. Even ardent fans of online meetings know that too much of a good thing can be bad.
Like him, I’m sympathetic to meeting fatigue. The workday requires balance and diversity across activities. However, online meeting technology has dramatically improved — especially last year. Every major provider of online meetings released significant enhancements in 2020. The images got sharper, the audio became clearer, hardware devices became more integrated, and the software became more intuitive.
Virtual backgrounds were a breakout feature of 2020, though the technology had emerged a few years earlier, I think initially from Zoom. At first the feature seemed a bit silly to me. As advanced as it was, the effect wasn’t seamless and the backgrounds were often between goofy and preposterous, such as starships.
Then came the pandemic, and along with it a slew of new home-based workers. Working from home certainly wasn’t new, but previously employees voluntarily accepted trade-offs such as virtually inviting colleagues into their homes. Those who could work remotely had to during the pandemic, and virtual backgrounds became the killer-feature of online meetings — at least in part as a way to maintain some privacy and boundaries.
All this talk about hybrid work suggests that not everyone intends to return to the office. Since it only takes one remote participant to justify the use of online meeting technologies, expect them to remain popular. The need for online meetings will continue for the foreseeable future, even as people return to the office and in-person meetings are once again possible.
This is a good thing. Online meetings can be as or more effective and certainly more efficient than in-person meetings. Recording meetings offers a simple way to capture the innovative lightning that can occur in a group setting, and it also accommodates users in multiple time zones.
Moving forward, I expect two developments to further shape future meetings. First, now that so many people have experienced being remote, online meetings will be much better for remote participants. I confess that at one time I made no effort to accommodate remote employees. If they couldn’t see or hear something in a meeting, that was their problem.
Now the operative word in online meetings is inclusivity. I think Cisco was first here, but many of the providers are now marketing inclusivity as a benefit to online meetings. This goes beyond better sound, and includes things like transcription, translation, polling, and the ability for remote participants to see and contribute to whiteboard drawings.
Online meetings have become so inclusive that they’re permeating our culture. Consider the HBO Max show Selena + Chef. It’s a cooking show that capitalizes on the remote viewer experience.
Cooking shows have probably been around since the dawn of television. The standard format is a chef preparing meals in a studio kitchen. The viewer’s problems are the inevitable mishaps: The food doesn’t cooperate, the equipment is different, instructions are confusing, or a poor camera angle doesn’t show the technique clearly.
In this show, Selena is the viewer’s surrogate. She watches a remote chef over video, and then clarifies the instructions as she follows them. The video component adds, rather than detracts, to the production. They could have just hired the chef, but Selena + Chef (+ video) capitalizes on the significant change in attitudes. The video makes the experience better and more real. 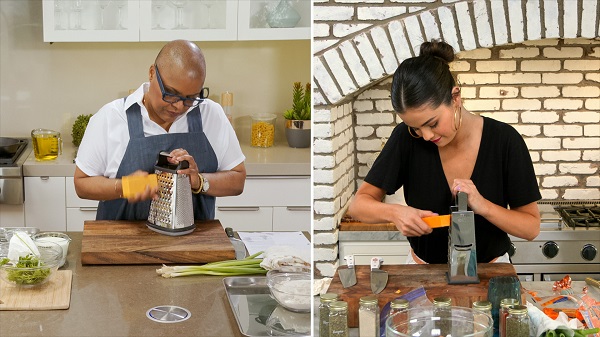 Chef Tonya Holland and Selena Gomez, cooking together on the HBO Max show Selena + Chef; photograph by HBO Max
The second development I’d like to highlight are new common background features. Last year, Microsoft introduced Together Mode in Teams meetings. Zoom recently announced a similar feature called Immersive Share, and I expect more implementations will follow.
The feature is an evolution of the virtual background capability. It places each participant on a common virtual canvas that effectively creates a virtual common space (or room). It has significant potential to make meetings more engaging. That wasn’t my first reaction; like I was with virtual backgrounds, I was initially suspicious of this feature.
However, being in the same virtual room is one step closer to being in the same physical room. Consider the recent Oprah interview with actor Elliot Page. This was a personal, up-close interview, but the two celebrities were in different cities. A virtual shared background “fixed” the distance issue. They quickly admitted the deception during the interview, but few if any would have noticed otherwise. 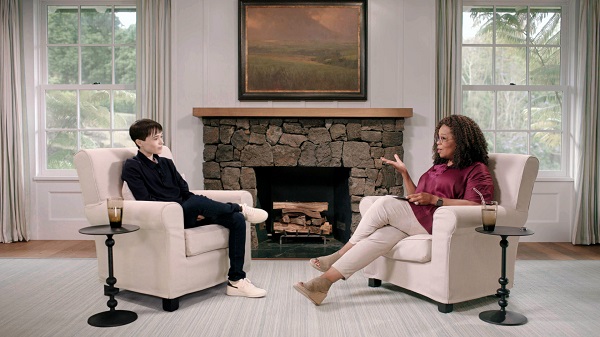 Elliot Page and Oprah, from The Oprah Conversation; photograph from Apple TV+
Producers likely filmed Oprah and Elliott in separate studios sitting on identical chairs in front of physical green screens. Then, they were able to stitch together the images and background in post-production. It’s not a complex trick for a production studio, but this technology is now available and included in ad-hoc, online meetings, and it’s going to get even better.
It doesn’t require a celebrity or a back room of video engineers. In the image at the top of this post, you can see a recent meeting at Zoom.
Today, the tile format of the participant gallery is often referred to as the Brady Bunch view. While we are seeing improvements to gallery views, the virtual meeting room is the next leap. Perhaps in the future, when everybody gets a virtual room, we will refer to it as the Oprah view.
Dave Michels is a contributing editor and analyst at TalkingPointz.

In the first WorkSpace Connect news recap, we cover news coming out of CES from Portl and Targus and then look at announcements from LifeSpeak and WeLearn.