Making the Office a Place for Humans

AI technologies have already changed how employees communicate and collaborate. In the future, these capabilities will augment office spaces to improve employee engagement. 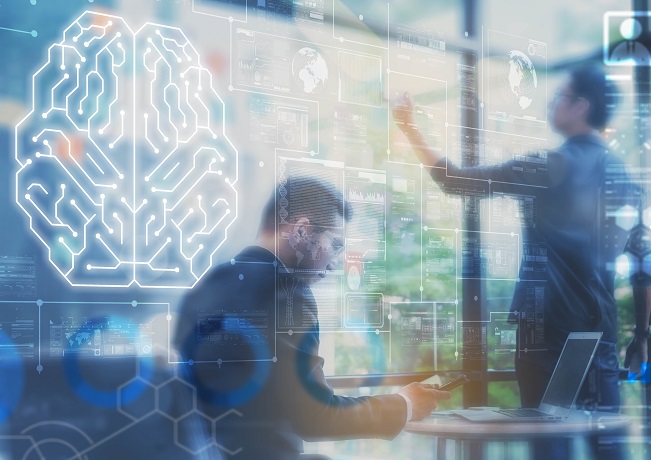 Image: stnazkul - stock.adobe.com
Whenever the future of work comes up, the conversation seems to turn immediately to artificial intelligence (AI) and bots. The lazy way to have this discussion is to focus on whether robots will take your job (they won’t). The more realistic conversation is about how AI and voice assistants like the Alexa or Google we have in our homes, might serve to make our workplaces easier to deal with.
In a blog by Haworth, an office furniture manufacturer, Adam Clark, leader of the company’s North American Design Studio is quoted as predicting AI will come to the office, but not in the same role it plays via home-use voice assistants:
“We're going to see a lot more of it in the office—hopefully in a softer way,” Clark says. “We’ll see use in interactive wayfinding, metric dashboards showing how often spaces are used, as well as teaching tools for how to use a space.”
This prediction makes sense, as it aligns with the way that we’re already seeing AI, bots, and other virtual assistants used within enterprise workflows—particularly in the contact center. The current thinking isn’t that customers will be calling in and having extended conversations with AI-based robot agents; rather, the AI will augment the systems that get callers to the correct agent, and help the agent locate the right information more quickly.
It’s encouraging to see Haworth thinking about workers’ relationship to the office, and how the office itself can actually work to improve that relationship. Think about how much frustration accumulates in employees’ lives because they can’t find the right space for what they need to do, or can’t use the systems that have been installed. The notion that the space itself could use AI and voice interfaces to teach people how to use it—that sounds like a promising development in employee experience.
Another parallel in the tech world is the way that meetings software, particularly for video conferencing, is becoming more user-friendly. One-touch or voice-driven setup promises to make launching meetings quick and painless, and AI within the video software may soon be automating the camera work for a better visual experience, and providing lower-thirds to identify speakers in large-group conferences.
The Haworth blog frames these AI-driven developments in the context of enterprises’ attempts to make offices more inviting to people, and cites another trend of democratizing the benefits of a particular space. It’s become common for private offices, where they still exist, to be built on the interior of an otherwise-open office space, so that the bulk of employees aren’t cut off from natural light for the benefit of a privileged few.
“Previously, in some organizations’ hierarchies, there was sort of a ‘carrot’ that went along with that new position, like getting a bigger office with better views,” Clark is quoted as saying in the blog. “We're working with a lot of clients on designs that create the best spaces for everyone.” The blog describes how one Haworth client, American Water, built a new headquarters where “all individual workstations are the same size, have the same height-adjustable desk, and offer the same incredible exterior view.”
These are great examples for how enterprises can use technology, space design, and a focus on employee engagement to create better work environments. As Clark says in the Haworth blog: “Your biggest investment is your people, and space is your second biggest.