RTO: Come Back for the Amenities & Connections

A CBRE occupancy management expert describes a shift in the office landscape from activity-based to event-based workspaces. 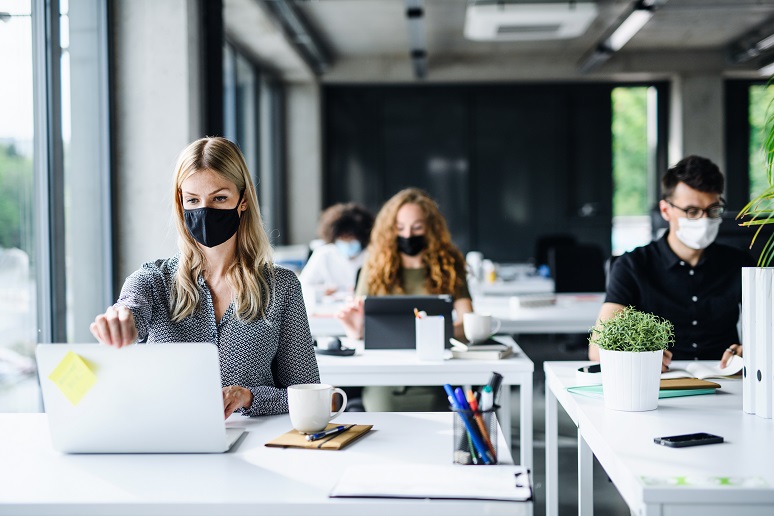 Image: Halfpoint - stock.adobe.com
As my colleague Eric Krapf mentioned in yesterday’s post, the debate on how and when to return to the office rages on, fueled by the fodder of publicized plans from one company after another. Whether people find a particular company’s re-occupancy strategy worthy of praise or derision depends on where they sit on the “where we want to work” spectrum that ranges from fully in office to always remote.
And where they sit on that spectrum might well align with just how collaborative they need to be within their role or how team-oriented they are.
From its occupancy management research, commercial real estate firm CBRE knows that face-to-face collaboration is a primary reason employees cite for coming into the office, shared Susan Wasmund, the firm’s senior managing director, and global occupancy management lead, during a “future of the new workplace” presentation at a recent event hosted by facility management software provider SpaceIQ. The ability to meet in person, whether that’s a planned or impromptu occurrence, isn’t necessarily a new value proposition of the office. But what the work-from-home experience of the last year has made clear is that people don’t need to be in the office to do heads-down work, so those employees whose workweek comprises a high percentage of time spent in that mode don’t have all that compelling a reason to be anywhere but their home office. Still, as she pointed out, a high percentage of employees also see the importance of team connection and community that comes from being in the office.
For workplace strategists, the onus is on designing a footprint that’s “flexible enough to accommodate different ways of working, and different employees working in different ways during the day,” Wasmund said.
Among CBRE accounts, the need to be more flexible is resulting in a shift within the office landscape, Wasmund said. For example, 86% of CBRE’s occupancy management accounts surveyed were either mobilizing or considering mobilizing around activity-based workspaces, she said. “Clients that … have always struggled with giving up their one-to-one [seating] ratios are now all of a sudden embracing it,” she added.
But even more interesting is that an activity-based office layout no longer seems nearly as progressive as it was before the pandemic hit, Wasmund said. Rather, CBRE sees team-based work and event-based work design models catching on, she added.
The differences among these three models hinge largely on the amount of “me” versus “we” space. While an activity-based workspace would typically have twice as much me space as we space, the split for a team-based workspace would have equal percentages of me and we space, and an event-based workspace would have much more we space than me space. Today, the event-based workspace is the most progressive model, and space breakdown might be along the lines of:
That latter percentage is a significant bump up from the typical 15% and 12% allotments found in activity-based and team-based workspaces, Wasmund noted. Amenity spaces might be set up for concierge services, human experience areas, creativity zones, and outdoor zones, she added.
“We need to magnetize people into the office,” Wasmund emphasized. “They need to come back to these amenities, and they need to come back for the culture and the connection with their peers.”

Learn more about collaboration and the future of work at Enterprise Connect this September in Orlando Fla. Register with promo code NJAL200 and receive $200 off your registration.

In 2023, workplace strategists must figure out how to create smaller office spaces on a small budget – for an exhausted workforce

Quiet Hiring Can Boost Employee Morale, Company Outcome — But Only If Done Right

Workplace strategists and leaders are heading into the new year with potentially fewer resources to build out their vision for the future of work.